A family from Arlington, Texas, just welcomed their newest member — and he’s a big addition!

Baby Ali was born to Jennifer and Eric Medlock at Arlington Memorial Hospital, where he broke their birth record when he arrived weighing 14 lbs., 13 oz.

“It doesn’t matter how big he is, I’m so blessed to have him,” Jennifer — whose first child, daughter Annabelle, weighed 9 lbs., 10 oz. when she was born — told local station CBS DFW. (The average weight for a full-term newborn is about 7 lbs., 5 oz., according to Michigan Medicine at the University of Michigan.)

“I was like, ‘Oh my God, really?’ ” she admitted to the outlet of learning the size of her son, who was born via cesarean section and spent a week in the NICU for low blood sugar and platelets before going home healthy.

While the Medlocks are now parents of two, there was a time that they weren’t sure they would have biological children considering Jennifer’s battle with polycystic ovary syndrome.

But despite doctors telling them there was a slim chance of conceiving, “We tried anyway and prayed,” Jennifer told CBS DFW, adding, “I love proving people wrong.”

She said of her future predictions for baby Ali, “He is meant for something big. Maybe not football — everyone keeps saying that.”

The family also spoke to CNN affiliate KTVT about their adorable newcomer, who was born in mid-December and is already wearing size 3 diapers.

“We skipped [size] zero very quickly,” Eric told the outlet, adding of Ali, “He’s sleeping and eating and he’s just a healthy boy. Just a little bit bigger than you would expect.” 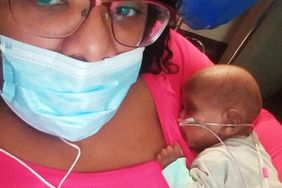 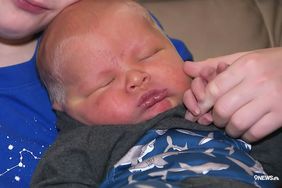 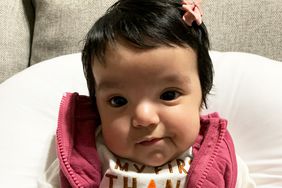 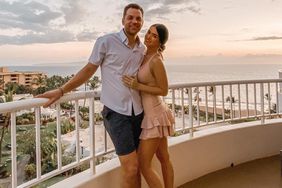