Australian billionaire James Packer, 40, and his wife, model and singer Erica Baxter Packer, 30, are expecting their first child in June. The couple who wed in June 2007, are said to be "delighted." A source close to the couple added,

They can’t believe they haven’t been in the spotlight yet, but Erica has a noticeable bump now, so they know it’s going to end.

Packer is the Executive Chairman of Publishing and Broadcasting Limited which owns some of Australian commercial TV network Nine stations and he also runs family company Consolidated Press Holdings Limited. He is the second richest man in Australia.

Erica Baxter Packer out in Bondi 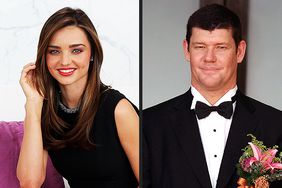