How I Met Your Mother alum Ashley Williams and husband Neal Dodson are parents again, welcoming their second baby boy into the family on May 17

Ashley Williams is a mom again!

The Jim Gaffigan Show and How I Met Your Mother alum gave birth to her second son with husband Neal Dodson, she confirms exclusively to PEOPLE.

Odie Sal Dodson was born in Los Angeles on Wednesday, May 17 — which just happens to also be his film-producer dad’s birthday!

“This time, we had a hospital birth at Cedars-Sinai Medical Center,” Williams, 38, tells PEOPLE. “It’s been a crazy year, and that’s where I felt best giving birth this time around. It was very different than a home birth, but the confidence and ease of my doctor, Jay Goldberg, was truly awesome.”

The new baby boy‘s first name comes from a great-grandfather of Dodson’s. His middle name is a nod to the protagonist of the children’s books Blueberries For Sal and One Morning in Maine by Robert McCloskey, both of which were favorites of Williams’ mother, Linda, and Dodson’s mother, Jane.

RELATED VIDEO: Did You Know Actress Ashley Williams Is a Certified Doula?!

The actress and producer tells PEOPLE she employed the services of Blyss Young, a monitrice. As Williams describes, “monitrice services are pretty new to the birthing scene,” and a monitrice is “a certified midwife and a certified doula, so you can make more informed decisions.”

“Having a monitrice meant that I had more information when I arrived at the hospital,” she adds, saying she “highly recommends” using a monitrice/doula. “Blyss was able to confirm when my water had broken while we were at home, check the baby’s heart rate during early labor and even check dilation before heading to the hospital.”

“Blyss was a game-changing source of centering love, guidance and expertise,” praises Williams, a certified doula herself. “We felt so lucky to have her. She grounded me and led me through exactly the kind of birth I wanted to have.”

FROM PEN: Joss Whedon: Buffy and Angel “Is The Grandest Love Story I’ll Ever Tell”

Shortly before the event, the Something Borrowed actress tweeted the good news, joking about how Gus made a wish that didn’t quite come true.

“Exciting news! Gus asked for a pony but he’s getting a baby brother instead. Smaller poops. #babydodsonsequel #comingspring2017,” she wrote.

Ashley Williams’ and Alysia Reiner’s Blog: Our Best Tips and Tricks for Cooking with Kids

Williams’ baby joy comes eight months after the PEOPLE blogger wrote an essay for Human Development Project, revealing she had suffered a miscarriage and was focusing on moving forward. Throughout the piece, she encourages others to speak up in a similar way.

“I stand here in front of you, [needing] to normalize my miscarriage. And I’d love to hear about yours,” she wrote, addressing readers who have miscarried. “You are not broken. You did nothing wrong.”

“I invite you to start, with me, a vocal army of the 25 percenters who can normalize miscarriage in the social sphere,” Williams continued. “I was right there next to you at Whole Foods, bleeding out of my shorts. Now I’m well. I’m a survivor. Healed, I will try again.” 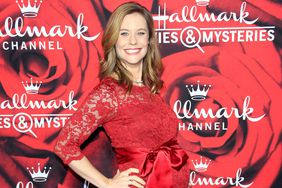 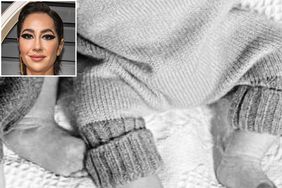