Joanna Griffiths and Domino Kirke-Badgley first launched Life After Birth as a photo exhibit in New York City. But the response was so great they knew they had to continue in their mission to "change society's postpartum narrative." Life After Birth, a collection of portraits that celebrate and highlight the truth of postpartum for women of all ages and backgrounds, is their answer. "What if instead of viewing postpartum as a matter of days or weeks or months, we honored the experience for what it truly is and recognized that we are postpartum forever?" Kirke-Badgley, a longtime doula and wife of Penn Badgley, and Griffiths, the founder and CEO of Knix, write in the book's introduction. Here, they share the intimate and moving Life After Birth portraits of moms Ashley Graham, Hannah Bronfman, Shanola Hampton, Rebecca Minkoff and Rocky Barnes with PEOPLE.

In the book's foreword, the model explains that her water broke during an at-home yoga class. "And with that, our labor journey began," Graham writes of the birth of her son Isaac Menelik Giovanni in January 2020.

Almost six hours later, after walking around her Brooklyn apartment, Graham was in the birthing pool in her living room. Her support team included her husband Justin Ervin, her midwives and her doula, according to Life After Birth.

"I was on my back. My knees were pressed into my husband's stomach. I was pushing. I yelled, 'Progress!' " Graham writes.

After Ervin told her he could see the baby's head, "with tears in his eyes," Graham writes that she found "the strength to push him out."

"A moment later, my son was on my chest," Graham, who just announced she's expecting twin boys with Ervin, remembers in the book. "He was looking his dad in the eyes. It was like we recognized him, and he recognized us."

"Words can't explain how much joy this little guy has given me," the Shameless actress writes of 16-month-old son Daren O.C. Dukes, whom she shares with husband Daren Dukes.

"This is a moment a few hours after I gave birth when I had never felt so proud, powerful, and giddy with the dose of oxytocin and overwhelming love coursing through my veins," the fashion designer writes in Life After Birth.

She remembers telling her husband, "take a picture so I can remind myself later about this moment, this magical feeling of having met another love of my life and feeling strong having birthed according to my demands and not those around me."

"I hated being pregnant but I thrive postpartum and think women are incredible beings who have more strength, resilience, and power than they often think," Minkoff continues. "And yes, I stole this underwear and still have a pack unopened as a token of a time that goes so quickly and that I wish I could be bottled."

The model's pregnancy was a "breeze," she writes. But postpartum was an entirely different experience. Barnes explains that giving birth to her son Jones Robert Cooper, whom she shares with husband Matt Cooper, in January 2020, was "traumatic."

"Even with a natural birth with no tools, Jones suffered a subgaleal hematoma, multiple brain hemorrhages, and jaundice," Barnes writes in Life After Birth. "I suffered third-degree tearing, quite a bit of time in a wheelchair and what is expected to be a two month recovery. Then add the emotional rollercoaster on top."

"Postpartum has been a mix of the happiest moments of my life, as well as some of the lowest," writes Barnes, who worried she couldn't balance going back to work and being a mom.

She's thankful to her husband, friends, family and the "mom club" that showed her support.

Barnes concludes, "Sending love and light to all the new mommas out there, we got this."

"Living for these moments. The breastfeeding journey is real," writes the influencer, who welcomed her first child, son Preston Miles Thomas Fallis, with husband Brendan Fallis in November 2020.

"I definitely don't have it figured out but one thing that is saving me is laughter!" Bronfman writes. "Every time I get spit up on, or spill my Haakaa full of milk, or have to spend 20 minutes blowing on his face to wake this sleepy boy up, I take a deep breath and let it roll off my back and let out a chuckle, because these are the moments I've been waiting so long for."

Life After Birth is on sale now. 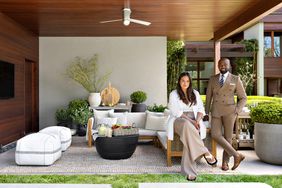