Ashley Darby is getting candid about her transition into motherhood.

On Monday, the Real Housewives of Potomac star — who welcomed her first child, son Dean Michael, with husband Michael Darby two weeks ago — opened up in a video on her Instagram Stories about how she’s been handling her new role of being a mom.

As she spoke to her followers, Ashley, 31, revealed that she had experienced her “first bout of postpartum blues,” but was able to recover with the help of her husband, 73.

“Hello, my darlings. I’m checking in with you,” she began the series of videos. “I am officially 15 days postpartum. Dean turned 2 weeks yesterday. And today I experienced my first bout of postpartum blues.”

The RHOP star explained that she started feeling this way because her newborn son was suffering from a stuffy nose and didn’t sleep “longer than maybe a half-hour to an hour at a time” the night prior.

She also admitted that she wasn’t feeling her best after delivering her son and was still experiencing “a bit of pain” two weeks later, which has prevented her from doing everyday tasks to the best of her ability.

“I’ll keep it PG since no one wants to hear about all that, but my areas are still in quite a bit of pain and physically I just don’t feel myself,” Ashley continued. “I realize that that’s really what pregnancy is about and what postpartum is about, is not only the emotional [part with] the hormones, but also the fact that, physically, our bodies are still recovering from delivering a baby, so we’re not really at our prime to execute the same tasks.”

Ashley then went on to acknowledge her husband Michael who she said “stepped up” and cared for Dean while she slept and got things done around their house, which allowed her to “feel good and accomplished.”

“I have to say that I said a huge prayer of thank you today for my husband because Michael really stepped up,” she noted. “I didn’t really have to say anything — he saw in my face how upset and sad I was and so he took the baby this morning and let me sleep for a couple of hours.”

“And he’s been working from home to help me whenever I need, so he takes Dean and I’ve been able to do those little things around the house that still make me feel good and make me feel accomplished,” the star shared.

“And at the same time, I still feel like I’m being a mom because I can still breastfeed and pump when I need to,” Ashley went on. “So I’m really thankful for Michael today and I am especially thankful for feeling good. I mean, feeling bad really really makes you appreciative for the times you feel good, and that is where I was today.”

“So I’m feeling much better today, much better now than I was earlier today, but I certainly had a moment of thank you and appreciation for my husband,” she added, before finishing her honest video with, “Love and light, beauties.”

Ashley and Michael welcomed their baby boy into the world on July 7.

“Michael and I are overwhelmed with joy and love,” Ashley told PEOPLE exclusively about her son, who weighed in at 8 pounds, 1 ounce. “Dean is absolutely perfect. We couldn’t be happier.”

Prior to speaking with PEOPLE, Ashley announced the news of her first child on Instagram.

“I never thought this day would come. When I learned I was pregnant, I started thinking about when I’d feel the first kicks,” the new mom wrote, captioning a photo of herself and Michael in the hospital, with him holding baby Dean.

“Then, when I was feeling the flutters, I wanted to know when I’d finally start to show. After watching the bump grow, my mind went to birthing day (WILL THIS REALLY HAPPEN?!) And when the day finally came that this sweet child came into our world, it felt like the sunniest day after a sky filled grey,” she said. “The most sensational day of our shared life. Mickey and I are savoring every moment with our wonderful son.”

“This is the happiest day of our life!” the Bravo star wrote in one of her Instagram Stories. “What a beautiful day we had.”

The birth of their first child was a long time coming, as the pair initially went back and forth about having children for a whole season. When they finally did conceive, Ashley sadly lost the pregnancy in a miscarriage a short time later.

The RHOP star recalled the experience as “traumatic” at the season 3 reunion of the show. “At the time, I didn’t fully understand the magnitude of how it would affect us as a couple and as individuals because we kind of thought it would be a given that we would just be able to have children,” she said.

Luckily, the couple was able to conceive again. Ashley and Michael admitted they weren’t “actively or consciously trying” when they conceived, revealing their pregnancy news to PEOPLE in an exclusive interview in February.

“It was a surprise,” Ashley recalled. “We found out in the beginning of November and I had just been healing out of it and I thought I was getting sick because of the change of season. I wasn’t feeling too well. Something just told me to take the test, really not expecting a positive result. And then lo and behold, there were two solid lines.”

Michael was Ashley’s main support system throughout the pregnancy. “It was very impactful for him because he understands the feelings of being a dad,” she told PEOPLE of her husband, who also has two adult children from a previous marriage. 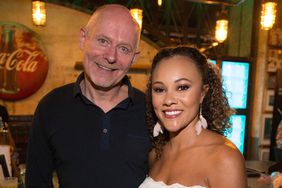 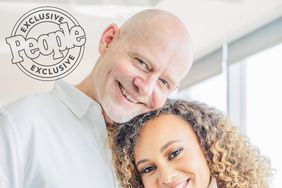 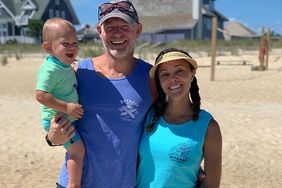 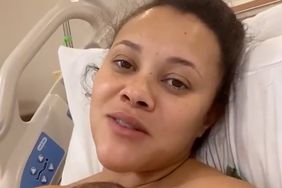 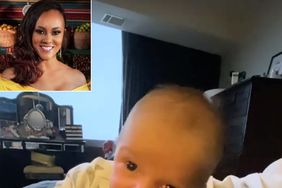 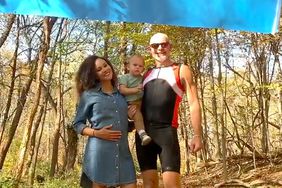 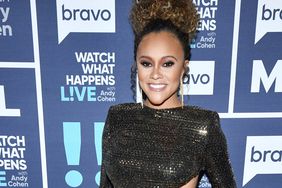 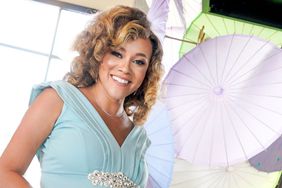