But first check out this video of Anya meowing.

At her last checkup a month ago, she weighed 20 lbs 4 oz and I forget how tall she is. She’s getting her ninth tooth- a molar and it hasn’t been fun. Her sleep’s been interrupted – at night and during the day.

She’s standing a lot and walking more but she falls a lot. Over thepast few weeks she has definitely gotten more confident and independentabout walking. Yesterday at the playground, she walked away from metowards the jungle gym about 10 steps. She looks like a zombie!

She’s really into her baby dolls- she has 3 of varying sizes – andloves putting them to bed and kissing and hugging them. She alsokisses us. When she kisses, she has been pursing her lips andsometimes makes smacking noises. She also throws kisses. She gives hugs and it’s the best feeling in the world to have those little arms wrap around my neck.

She only says dada (all the time!) and mama (but only when she’supset or hungry). She can also meow and bark and baa (though theysound more like "boowwww" and "mmmm-mmmm" and "boowww"). Her signingvocabulary is much larger. (I highly recommend the Signing Times DVD set.)

She knows a few signs: dada, milk, food,more, dog. She also does the signs for changing diaper and sleep butwe don’t think she really knows what they mean. We’ll ask her if she’stired or wants to go to sleep and she’ll sign "sleep" but then we puther in the crib and she complains to get out. She definitely knows "no" – she shakes her head, but she doesn’t know "yes" yet. She does sort of grunt and point when she wants something. The other day she finished nursing and I started fastening my nursing bra. She made the sign for more and when I asked, "More what?" she pointed at my breast and grunted.

Yes, she is still nursing and no, I have no plans to wean her anytime soon.

She eats lots more solids now and absolutely no more baby food. She won’t take anything by spoon except Stonyfield Farms baby yogurt (it’s organic, full fat, and comes in small portions). Her favorite foods are Annie’s Cheddar Bunnies (like Goldfish but organic), string cheese, beef, bites of apple, pasta and sugar snap peas. She drinks a little bit of cow’s milk in a sippy cup but isn’t crazy about it. I tried soy milk but she’s not that excited about it either. I’m not worried. As long as she continues to nurse, she doesn’t need any cow’s milk. Later on, as long as she eats other foods with calcium, she’ll be fine if she still doesn’t like it. She pretty much eats everything we eat (except nuts and seafood). We try to buy organic when we can for our food but make a concerted effort to give her only organic food. (It really helps having a great natural supermarket literally a block away. We’re excited that a Trader Joe’s is opening sort of near by and I am crossing my fingers Whole Foods comes to my area soon! There are a few in Manhattan but not near us.)

Her favorite song is Old MacDonald. When she’s upset, it’s the onlything that will calm her down. Old MacDonald

is her favorite book too. She loves all animals, especially farm animalsand dogs and cats. We took her to the Queens County Farm Museum thisweekend and she really liked the goats and chickens, yelling to them.We also saw horses, ducks, geese, turkeys, sheep and pigs (that were sofat they looked, ironically, like sausages).

She loves taking things in and out of containers, including thedirty laundry in her laundry bin. She’s getting into cabinets so wehad to put the child-proof locks on things which is annoying for us,but what can you do? She loves rearranging the wooden alphabet magnets

on the fridge. Shelikes playing in her crib. She points to it and wants us to put her inthere with her toys. She loves to put her dolls in a mini moses basket, put a little blanket on them and kiss them night-night. Then she promptly rips them out and starts over again.

Sleep-wise, she goes to bed in her crib (by nursing) by 8 pm mostnights and wakes up a few times but we’ve been letting her cry it out(a popular but controversial sleep training technique). Lastnight she woke up crying at 4 and then at 5:30 but we left her in thecrib. Then she woke up at 7. She typically wakes up at 5 or 6 and then I bring her into bed. I’m still not getting the sleep I need- I am perpetually sleepy and in need of a nap.

With a punim* like this, though, I don’t mind.

Responses to reader comments:
-The wardobe is from Ikea (and Josh painted it) but it looks like it’s discontinued. It’s kind of similar to this.
-Both her brown and floral coats are from H&M. We bought the floral one in the spring and the brown tweed one about a month ago. She is wearing it with a handknit merino hooded cardigan from She’s Crafty. I was heartbroken when my babysitter accidentally washed and felted it. (It now fits her teddy bear.) I am considering shelling out for another one because we loved it so much. We also have their vintage pixie hat and Anya’s already grown out of two pairs of booties.
-We tried Elizabeth Pantley’s The No Cry Sleep Solution

and it just didn’t work for us. After 8 or 9 months of her waking up every two hours, I needed her to have a consistent bedtime and I needed to be able to sleep. Bedtime was different every night- sometimes she would fall asleep nursing, other times she would be wide awake and even long walks in the stroller didn’t work. More power to those who tough it out but the lack of sleep was driving me insane.
-We were co-sleeping for half the night. She’d sleep from 8-2 and then I’d bring her into bed but I don’t sleep well with her in bed because she nurses every hour or more frequently.
-Though we both studied French in high school, and I took two years each of Latin and Spanish, we don’t speak other languages fluently. That’s a good idea to have a foreign language as background noise. My dad is from Argentina and is fluent in Spanish so I should have speak to her. I wish I had grown up speaking Spanish.
-These photos were taken with Josh’s camera, a Nikon D70

*punim is Yiddish for face. 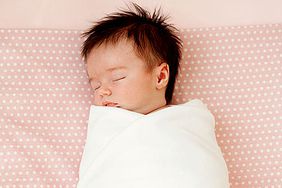 Constance Marie's Blog: Is My Kid Smarter Than Me?