Both Anna Faris and ex Chris Pratt have been open about their son's birth in the past, noting that Jack was born just 3 pounds and 12 ounces and spent his first month in the NICU

Anna Faris is highlighting an important cause close to her heart.

On Wednesday, the 44-year-old actress shared a never-been-seen photo of her son Jack, who she shares with ex-husband Chris Pratt, as a premature baby. She gave birth nine weeks before her due date in August 2012 and is now taking part in a fundraiser for reducing preterm births.

"Please join me in supporting GAPPS (the Global Alliance to Prevent Prematurity and Stillbirth) on Thursday, May 6th at 6:30pm (PDT)," the Mom star captioned the photo. "I will be sharing the story of my son's preterm birth 8 years ago as part of @healthybirths 60 minute virtual fundraiser."

Another rare photo of Faris and infant Jack, now 8, was also shared by GAPPS on Instagram.

Both Faris and Pratt, who were married from 2009 to 2018, have been open about their son's birth in the past, noting that Jack was born just 3 pounds and 12 ounces and spent his first month in the NICU.

For an interview in Redbook magazine's March 2015 issue, Faris described the experience, recounting, "My water broke in the middle of the night at seven months. We rushed to the hospital and they were able to halt active labor with magnesium."

In her memoir, Unqualified, she detailed the "emotionally exhausting" weeks that followed. "The pediatric neurosurgeon sat Chris and me down to tell us that Jack had some severe brain bleeding and there was a chance that he could be developmentally disabled,"she wrote.

Along with Faris' upcoming GAPPS fundraiser, she and Pratt use their respective social media platforms to raise awareness about premature babies and children in need of specialized care.

Speaking about how she feels about marriage after her divorce from Pratt, and previous husband Ben Indra, Faris said during an appearance on the Divorce Sucks! podcast in 2019, "I will say I believe in love and monogamy and I believe in the commitment with a relationship. But I do struggle, having gone through [marriage] a couple of times now, with the idea of our legal system." 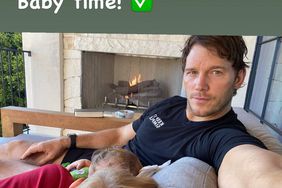 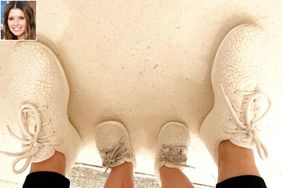