Why Andy Cohen Says His Son Benjamin, 11 Months, 'Doesn't Use a Pacifier'

Andy Cohen is confident in his parenting techniques when it comes to his son, Benjamin Allen.

On his SiriusXM Radio Andy show Thursday, the Watch What Happens Live host said he tends to steer clear of “intuitive” baby products, like bassinets that “rock on their own,” for fear that 11-month-old Ben might get too attached to them.

“And by the way, that goes for pacifiers. Ben doesn’t use a pacifier and he’s great. I’m the pacifier,” the father of one added. “You see babies with pacifiers who are like (whines), ‘Aw, my paci, my paci.’ ”

Cohen is gearing up to celebrate Ben’s first birthday next week. He recently revealed that he was “thinking about” adding a second child to his family and had “at least one” embryo remaining.

The TV star’s December comments echoed ones he made in June, when he told Extra, “I might consider having another [child] — I’m thinking about it.”

Ben was born via surrogate on Feb. 4, 2019. The then-newborn was photographed exclusively for PEOPLE alongside his dad shortly after the birth, when Cohen opened up about his experience in the delivery room and the moments directly after.

“[Ben] was so alert for the first two hours. His eyes were wide open. He didn’t cry; he was just calm,” the proud father recalled to PEOPLE. “I kind of have no words for it.”

Since then, Cohen has given his fans a peek into the ups and downs of new fatherhood, including his baby boy’s big milestones. Last month, he revealed on WWHL that Ben had said “Dada” — but there was a catch.

“He said it about me,” Cohen explained to guest Seth Meyers, who’s a dad to two sons. “I closed the door to leave and he goes, ‘Dada.’ So I didn’t hear it!”

Earlier this week, the Bravo personality shared a set of baby photos of himself from the late ’60s or early ’70s, sporting a full head of dark hair just like Ben. Their faces are also extremely similar.

“Found some old baby pics … turns out my son is my twin. ♥️,” Cohen captioned the images. 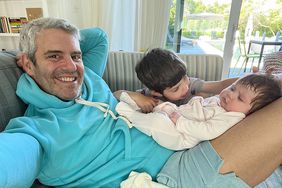 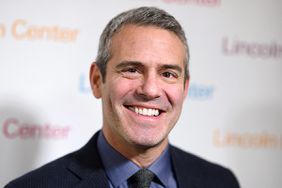