Dad-to-Be Andy Cohen Excitedly Told Friends 'I Want a Family — I'm Ready to Do This': Source

"He's always had that urge to be a father, and felt like this was the right time," a source says of Andy Cohen, who's expecting a baby via surrogate

Following his Thursday baby announcement on air during the final 2018 episode of Watch What Happens Live, a source on the scene tells PEOPLE the host “was over the moon backstage.”

“I’ve never seen him smile like that. He was so, so happy. Everyone was showering him with congratulations and praise,” the insider adds of Cohen, 50.

Initially, folks who weren’t in on the secret were worried his news was about something much less exciting. “When he was originally speaking, we thought he was resigning from the show, so we all were just so surprised and happy,” the source explains.

“Most of his close friends and staff at WWHL had known for a few weeks now, but he kept the secret from the wider group — including some Bravo executives there and the Housewives who were on his show,” says the source, referencing Vicki Gunvalson, Ramona Singer, NeNe Leakes, Kyle Richards and Teresa Giudice.

The source reveals to PEOPLE that after the show, “a smaller group went out to celebrate,” where an on-cloud-nine Cohen “was telling people that he was ‘relieved’ the news was finally out there and just kept reiterating how excited he was for the future.”

” ‘I can’t wait to meet my kid,’ he said,” the insider recalls. “He’s always had that urge to be a father, and felt like this was the right time. His parents are of a certain age, and he wants them to know his child. He said, ‘I know I’m single, but I haven’t met anyone and I want a family. I’m ready to do this.’ ”

“He’s going to be an amazing dad. He’s so filled with love,” the source says of Cohen. “He’s going to give this child a wonderful life.”

Closing out the final live broadcast of 2018 Thursday, Cohen said, “Tonight I want to share a little personal news of my own. To the viewers at home, I call you my friends at home because we are friends. You have supported me through almost 10 years of life.”

“This has been an incredible joyous journey with you all. I am grateful to be able to live my dream every day and grateful to you for coming along for the ride. And throughout it, I’ve always tried to be as transparent as possible about my life — I overshare and expect everyone to do the same,” he continued.

“Tonight, I want you to be the first to know that after many years of careful deliberation, a fair amount of prayers and the benefit of science — if all goes according to plan, in about six weeks’ time I’m going to become a father,” Cohen revealed emotionally.

Following Cohen’s baby news, several other Housewives not present in the studio used social media to congratulate the father-to-be. “I’m so beyond happy for you Andy,” tweeted Real Housewives of Beverly Hills star Lisa Rinna.

“You are giving us a BRAVO BABY, I almost criiiiiieddd!!!!” added Candiace Dillard, who appears on Real Housewives of Potomac. “Wishing you so so so many congratulations, well wishes and blessings!!!!”

Cohen remarked in a tweet following his announcement, “Thank you for all the love and support! I’m overwhelmed and touched.” 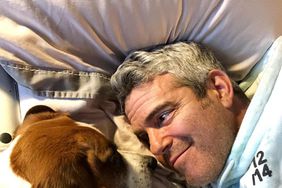 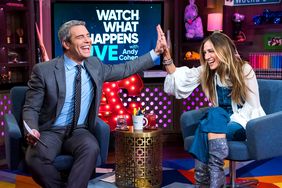 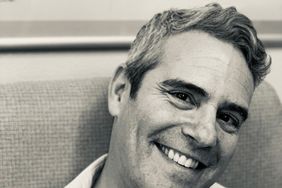 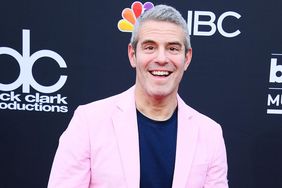 It'll Be a Boy for Andy Cohen 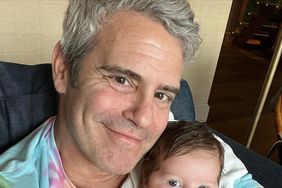