The comedian celebrated her first Mother’s Day on Sunday, and kept it real with a funny Instagram photo that featured her grimacing while hooked up to hospital machinery and sitting in a bathroom.

In the foreground of the photo, Schumer’s sister-in-law Molly Fischer holds her newborn nephew, whom the actress welcomed on May 5 with husband Chris Fischer.

The I Feel Pretty star has not shied away from the difficulties she faced during pregnancy, and on Saturday wrote a lengthy note on Instagram praising her doula, Domino Kirke.

“Men are cool and whatever but women are f— warriors and capable of anything. I was lucky enough to get to have a doula. Her name @domino_kirke @carriagehousebirth,” she wrote, before shedding some light on the role doulas can play throughout the pregnancy experience.

Continuing, the mother of one wrote, “What do doulas do? I don’t totally know But what she did was make me and Chris feel totally secure and supported throughout my pregnancy and the birth process. I really recommend getting one if you can.”

During her pregnancy, Schumer suffered from hyperemesis gravidarum — a condition which is marked by persistent sickness often leading to dehydration and weight loss — and noted that she “threw up violently and felt sick” nearly every day she was pregnant.

“Hyperemesis is real and it’s awful. But f—, what they say is true. The second you give birth it’s gone,” she wrote.

Schumer gave birth to her baby boy just hours before Meghan Markle and Prince Harry‘s son arrived, and upon announcing his birth on Instagram May 6, she joked, “Our royal baby was born.”

She revealed his name the following day alongside an adorable photo of Fischer holding the newborn to his chest.

RELATED GALLERY: From Announcing the Same Week to Having Sons at the Same Time: How Meghan Markle and Amy Schumer’s Pregnancies Aligned

The Trainwreck star later shared a late-night selfie with Gene to Instagram on Friday, jokingly captioning the post, “New kid, who dis?”

Schumer and Fischer tied the knot in February 2018, and announced they were expecting in October.

Gene’s middle name, Attell, could be a reference to Schumer’s fellow comedian and friend Dave Attell, who recently invited the new mom to perform with him at his show at Caroline’s in New York City in January. 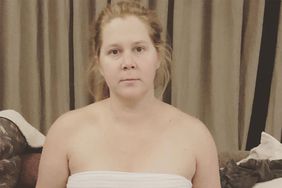 Amy Schumer Posts Photo of Herself Pumping After Birth of Son Gene: 'What Are We Doing Tonight?' 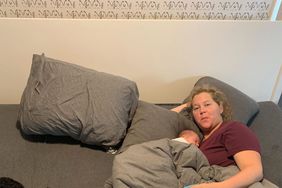 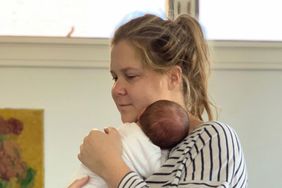 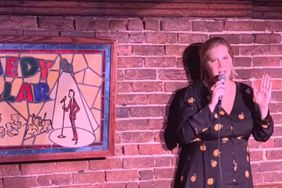 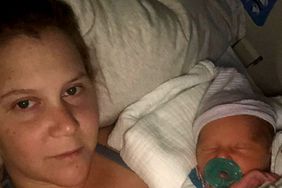 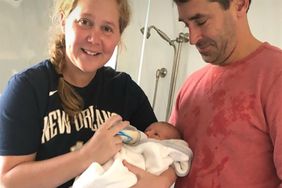