It'll Be a Boy for Amy Schumer and Husband Chris Fischer

Amy Schumer just revealed the sex of her first child!

On Saturday, the pregnant actress, 37, hid her big announcement at the end of a lengthy post in which she spoke out against fast-food chain Wendy’s.

“Hey! We love @chancetherapper and hate to be the ones to tell him that Wendys is the only fast food chain refusing to protect farmworker women from sexual assault and rape in the fields. This is true. Please read that sentence again. Message for the people in charge: Instead of spicy nuggets, we want food that is harvested with dignity NOT violence. Please join the @fairfoodprogram and #BoycottWendys link in my bio of how you can help,” she wrote, before dropping in her baby news at the end.

“Also we are having a boy,” she added.

Schumer shared the news along with a photo of her and her husband Chris Fischer sitting side-by-side in their pediatrician’s waiting room, which was filled with children’s toys.

Amy Schumer Hilariously Confirms She’s Still Pregnant: ‘It Must Be Getting Annoying to You All’

The big news came just two days after the star took it upon herself to poke fun at what seems to be an awfully-long pregnancy, as she approaches the end of her final trimester.

Sharing a photo of herself sitting in a doctor’s office, with a yellow T-shirt that reads “I Hate Mondays” rolled up, Schumer stares blankly at the camera with her baby bump prominently featured front and center.

To the left of Schumer’s shoulder, there is a sonogram image on the computer screen, while her husband was also captured in the shot, sitting and looking down at his phone.

“Oh yeah does it feel to everyone like I’ve been pregnant for a long time? It must be getting annoying to you all that I’m still pregnant,” she jokingly wrote in the caption. “Well imagine how I feel mother f—!!!!!!”

The comedian also sarcastically added the hashtags “#soblessed” and “#hatemondaysloveweekendstho.”

The pregnancy update came two weeks after Schumer last confirmed she was still carrying her first child and joked about her pregnancy, which in all seriousness, has been a difficult one.

“Amy Schumer and Chris Fischer set pulses racing while the heavily pregnant Schumer flaunts her growing baby bump,” she quipped alongside a sweet photo of her and her husband going for a walk in the park.

Schumer then took aim at medical research for the lack of women’s health studies on hyperemesis and endometriosis.

“Amy is still pregnant and puking because money rarely goes to medical studies for women such as hyperemesis or endometriosis and instead goes to things like d— not getting hard enough or old guys who want harder d—.”

Amy Schumer Confirms She Hasn’t Given Birth Yet with Baby Bump Photo: ‘Still Pregnant and Puking’

Back in November, Schumer was hospitalized with hyperemesis gravidarum, a form of acute morning sickness that Kate Middleton also experienced in all three of her pregnancies. (Ayesha Curry also battled the illness.)

The condition has yet to subside for Schumer, despite her being in her third trimester.

Schumer’s most recent pregnancy confirmation is seemingly in reference to the plethora of fans who thought the I Feel Pretty star had already given birth.

“The book #expecting better by @profemilyoster got me through pregnancy. It is a fact and statistic based look at pregnancy. She is economist at Brown University. Her follow up book #cribsheet is about children from birth to preschool. I am so grateful for her work.”

Within seconds, Schumer’s post was flooded with congratulatory notes — perhaps because Schumer wrote “got me through pregnancy.”

“Uhhh congratulations? Lol idk if I’m reading too much into that,” one fan wrote.

“Got you through as in past tense?! Are congratulations in order?! 💕” a different user commented.

“Through pregnancy meaning. . . .” another fan questioned.

In addition to her reading, Schumer also got in some real-life practice earlier last month, after the Growing comedian shared an adorable photo of herself holding a newborn baby in her arms.

“Met this little honey baby today,” Schumer captioned her image showing the child resting on her lap, which was obscured by a special pillow. “Chris and I got some practice in. Thanks Pete and Jess. We love you!! Baby Syd!!!”

Once again, some of her fans and famous friends seemingly missed the memo and thought that the child was hers. 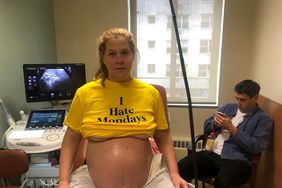 Amy Schumer Hilariously Confirms She's Still Pregnant: 'It Must Be Getting Annoying to You All' 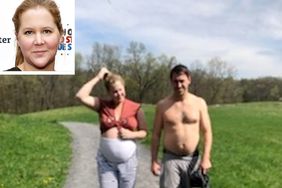 Amy Schumer Confirms She Hasn't Given Birth Yet with Baby Bump Photo: 'Still Pregnant and Puking' 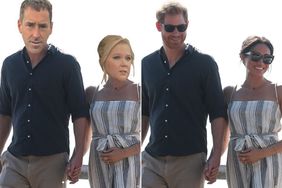 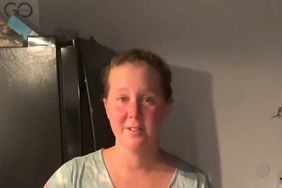 From Breastfeeding Woes to IVF Bruises: Every Time Amy Schumer Got Candid About Motherhood on Instagram 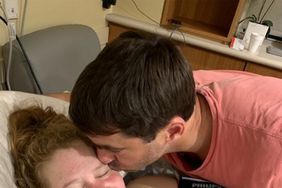