Why Are Parents So Upset About American Girl Dolls' New Underwear?

A recent change to the beloved American Girl dolls has some longtime customers up in arms.

The company announced last week that its dolls will now have their underwear sewn on to their cloth bodies. Previously, undergarments for the dolls needed to be separately purchased and could be interchanged like the rest of the company’s toy accessories.

“We take our customer comments very seriously, as well as any changes to our dolls. We would never change our dolls without careful consideration, and we want to address feedback received about the new underwear design, which will eventually affect all of our Truly Me dolls; the BeForever characters Julie, Melody, and Maryellen; and some of our contemporary dolls to come,” American Girl wrote in a Facebook post.

The company showed a side-by-side of the previously unattached underwear and the new design. They also showed a doll wearing their bikini swimsuit design, with the sewn-on underwear underneath.

“Doll play is fueled by imagination and the new underwear design should not hamper a girl’s ability to create limitless play opportunities,” American Girl said. “We appreciate all the feedback. We love our fans and love how passionate this community is about American Girl. We care deeply, too.”

American Girl – which is a subsidiary of Mattel – has sold its popular, 18-inch dolls since 1986. Current lines include Girl of the Year, WellieWishers (14.5 inch vinyl dolls), BeForever (a line of historically-themed dolls), TrulyMe (customizable dolls) and Bitty Baby (baby dolls).

Facebook users were quick to slam the new manufacturing design. Wrote one woman, “The boxes, zip ties and now sewn-on underwear are all cost cutting measures that reduce the quality of these dolls from heirloom quality to be passed down for generations to low-quality retail.”

Echoed another, “Why change something that didn’t need fixing? Girls 8-12 can keep track of their doll’s panties. My girls are really disappointed about this unnecessary change. It has to somehow save you money because there wasn’t any call for permanent underwear.”

RELATED VIDEO: Proof That ‘Socality Barbie’ is a Hipster’s Hipster?!

Not everyone was disappointed in the move. Wrote one woman, “As a parent of a special needs child, who has difficulties putting the clothes on and off her doll, I truly appreciate this! One less difficult thing for her to do and one more thing she can do independently and feel like everyone else.”

American Girl did not immediately respond to PEOPLE’s request for additional comment. 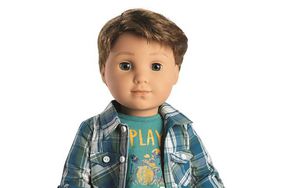 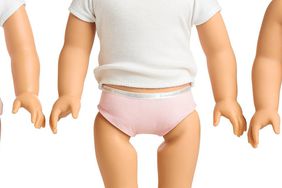