Amber Heard is wearing several hats when it comes to her role as a single parent.

The Aquaman actress, 35, shared a new photo of herself with baby daughter Oonagh Paige, 3 months, at work on a laptop while she held the infant, who wore a cozy knit cap on her head. Heard, who announced on July 1 that she welcomed her first child back in April, captioned the post, "I'm just the mom and the dad. She's the boss 🍼💝."

In her baby announcement, Amber said she decided four years ago that she "wanted to have a child" and to "do it on my own terms."

"I now appreciate how radical it is for us as women to think about one of the most fundamental parts of our destinies in this way," she continued. "I hope we arrive at a point in which it's normalized to not want a ring in order to have a crib. A part of me wants to uphold that my private life is none of anyone's business. I also get that the nature of my job compels me to take control of this."

Concluding her announcement, Heard wrote: "My daughter was born on April 8, 2021. Her name is Oonagh Paige Heard. She's the beginning of the rest of my life."

The baby girl's middle name appears to be in honor of Heard's late mom Paige Heard, who died last year. In an April 1, 2021, Instagram post, The Stand actress marked one year since her mom's death, telling her followers to "hug your mama extra tight."

"It's hard to imagine that it has been a year. The woman who made me - and made me who I am - left us far too early but is remembered every single day," she wrote at the time. "She lives in my soul and is carried in my heart. She taught me everything i know about kindness and love and gave me my heart. I miss her every day but I am lucky to have had her love for as long as I did. And for every day that I can't tell her that in person, I look up and thank her beautiful memory which shines on me and my sister Whit and binds our family together with her spirit."

Heard's baby news comes amid her ongoing legal battles with ex-husband Johnny Depp over her allegations of domestic violence (Depp has denied the claims). A trial in Depp's defamation case against Amber, filed in the Virginia courts, was delayed to April 2022 due to the pandemic. A related libel case Depp brought against the Sun newspaper in the U.K. was dismissed by a judge in November. 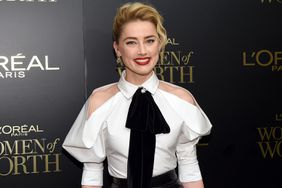 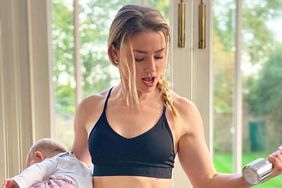 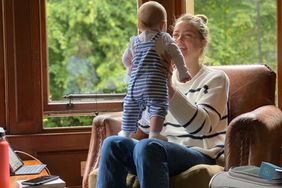 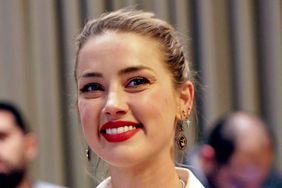 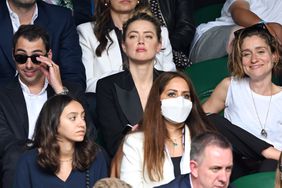