Amanda Fuller is going to be a mom!

The Last Man Standing star, 34, confirms exclusively to PEOPLE that she and husband Matthew Bryan Feld are expecting their first child together, a baby boy.

Fuller says that the pregnancy came as a surprise, as she’d been told by doctors that conceiving would be “nearly impossible” due to chronic illness and endometriosis.

“After battling chronic illness and endometriosis my whole life and being told for years it would be nearly impossible to get pregnant, my love and I are expecting a little miracle baby!” she tells PEOPLE. “We are shocked, terrified and elated — and just pray we can be our best selves in bringing our little angel into this world.”

RELATED GALLERY: 8 Celebrities Who Are Spreading the Word About the Pain of Endometriosis

Endometriosis is a reproductive condition in which uterine tissue grows outside of the uterus, causing cramping, chronic pain and, often, fertility complications.

The condition affects about one in 10 women during their reproductive years, according to endometriosis.org, including stars like Lena Dunham, Halsey and Julianne Hough.

Fuller — who stars as Kristin, the oldest daughter of Tim Allen‘s Mike Baxter, on the Fox sitcom — revealed on Instagram last month that she took a special babymoon trip to Crater Lake National Park in Oregon.

The actress, who also appears as Madison “Badison” Murphy on Orange Is the New Black, celebrated impending parenthood in a sweet Father’s Day tribute to her husband on social media.

“Happy first official dad day to the most handsomest future papa,” she wrote on Instagram. “This lil bear and I are the luckiest. There is no human on this earth I could even imagine venturing into this terrifying chapter with.”

“Together, we can do anything,” Fuller continued. “Here’s hopin’ he looks as good as you do in a lime green suit!” 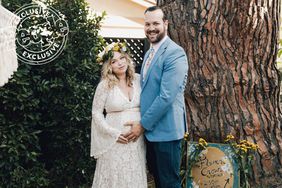 Amanda Fuller Welcomes Son with Husband Matthew Bryan Feld: 'We Had a Baby' 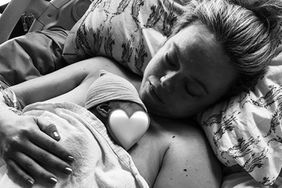