Alyson Hannigan is finding that being pregnant not only gives her cravings – but makes her feel like a stoned Koala bear.

“I get tired a lot and I have pregnancy brain, which I never realized was a thing but it is,” the expectant mom said on The Ellen DeGeneres Show Friday. “I sort of feel like a Koala bear where I’m slightly stoned all the time and I’ll say the wrong word.”

Quipped Ellen DeGeneres, “I’m not pregnant, but I have that brain too. I don’t have an excuse.”

As for the baby’s gender, Hannigan, 34, says she and her husband, actor Alexis Denisof, have found out their child’s sex, but prefer to keep it private until its birth.

“We’re just not announcing to the world,” said the How I Met Your Mother actress. “It seems a little personal.”

Hannigan, who first announced her pregnancy to PEOPLE, would reveal her cravings, though. “[I crave] ginger ale big time,” she said. “I didn’t drink soda before and suddenly it was like, ‘I need a ginger ale,’ and surprisingly my mother craved ginger ale when she was pregnant with me as well.”

DeGeneres seized on this nugget as a possible indication that Hannigan is having a girl, to which the actress responded by laughing and saying, “You’re very sneaky.”

Hannigan is due in the spring. 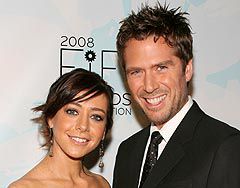 Alyson Hannigan and Alexis Are Playing the Name Game

Alyson Hannigan 'So Fascinated' by Satyana

Alyson Hannigan: I'm All About the Empire Waist Blouses 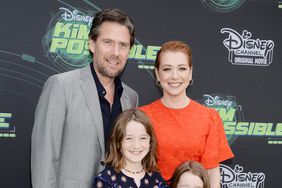