In early April, Alec Baldwin‘s wife Hilaria revealed that she was pregnant with their fifth child together, but that the baby wasn’t doing well and likely wouldn’t make it to term. Less than a week later, Hilaria confirmed that she lost the baby after no signs of a heartbeat were detected at her most recent scan.

While some commenters criticized the fitness and wellness expert for opening up about her miscarriage, Baldwin instead commends his wife.

“My wife is very self-directing,” the Framing John DeLorean star, 61, tells PEOPLE in this week’s issue, available Friday. “She does what she thinks is right. I have abundant faith in her judgment. She’s a very wise woman.”

The actor recognizes that his wife’s fertility journey differs from other people’s but supports Hilaria, 35, sharing details about that unique path.

“If I say ‘Good morning’ to my wife, she gets pregnant,” Baldwin jokes. “A lot of other people, they don’t have the same situation. They struggle and it’s a huge battle for them. My wife just chose to put that out there, because she thought it was part of her whole windshield about her view about health.”

The Living Clearly Method author has opened up about coping with her loss, saying she’s trying to keep her focus on the four children — sons Romeo Alejandro David, 1, Leonardo Ángel Charles, 2½, and Rafael Thomas, 4 this month, plus daughter Carmen Gabriela, 5½ — whom she shares with Alec.

“When I get sad, I like to remind myself that sadness passes like a season,” Hilaria captioned a throwback photo with Rafael on April 12. “I like to look at my blessings, my happiness, and always remembering that I have so many more good times to look forward to.”

“It is a balance of sitting with grief, as we don’t want to shove it away and not address it … but also not let it cloud how wonderful life is,” she added.

Alec — who’s also dad to daughter Ireland, 23 — calls watching his four younger children grow up “the greatest journey of them all,” telling PEOPLE they’re “such interesting people” to observe.

“As they’re growing up in that slow-motion way that you watch children, they turn this corner, and two weeks later they say something else,” the Match Game host says. “You see the way that they develop in real time, up close in your own family. There’s nothing more interesting than watching people grow up.”

For more on Alec and Hilaria Baldwin, pick up the latest issue of PEOPLE, on newsstands Friday. 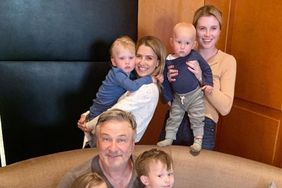 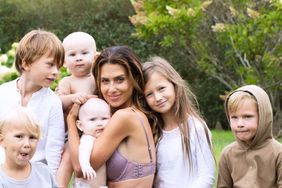 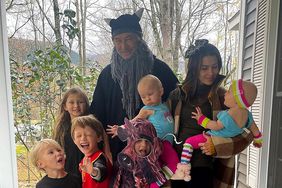 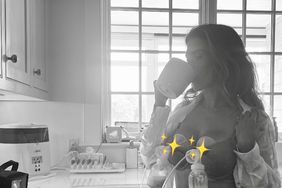