Alec and Hilaria Baldwin‘s newest family member will be a girl!

The couple revealed their fifth child on the way’s sex to their children as seen in a video Hilaria shared on Instagram Saturday. The footage shows each of their kids holding a baby doll wrapped up in white blankets as they are instructed to look at the color of clothing their doll is wearing.

“Our little reveal 💙💖. We are so excited!” the mom-to-be captioned.

The actor and his fitness-guru wife last did a sex-reveal via cake with the help of Leo, Rafael and Carmen to find out that they would be getting a brother. (Romeo was born in May 2018.)

This time around, Carmen was really gunning for a little sister. While the Baldwins thought about closing the baby door after Romeo, Hilaria has made a few comments about her daughter’s desire for another sister, after dealing with three younger brothers.

“She was a little bit disappointed. [She said,] ‘How about you have a girl first, then you can have another boy?’ I was like, ‘It doesn’t work that way!’ ” The Living Clearly Method author told PEOPLE in November 2017. “She’s like, ‘No, you don’t understand, Mommy. It’s going to be a girl.’ I was like, ‘No, I promise. I promise you it’s a boy.’ ”

The fifth-time mom-to-be shared last month alongside an Instagram video of the baby’s heartbeat that she and her husband are expecting again, not long after he teased that they were planning another pregnancy.

One user commented on her post of the baby news (which Hilaria said she was announcing “very early”) that they “cant [sic] understand that. If she wants to remain peacefully why does she expose her pregnancy at early stage and take the risks instead of listening the doctors order. Celebrities are really strange lol.”

Hilaria was quick to defend her decision and explain her reasoning behind the choice by responding in part, “Me coming out and saying what is going on gets the news out there … then they move on to the next story. It’s been something I’ve learned over the past decade … this is one of the reasons I’m so active on social media. The news can take images for free from my page rather than paying a paparazzi to come follow me.”

The spouses’ joyful news comes after the Mom Brain podcast co-host revealed in the spring that she had suffered a miscarriage and undergone a subsequent dilation & curettage surgery. 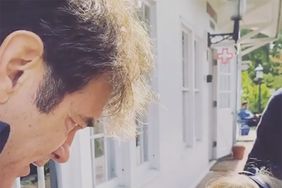 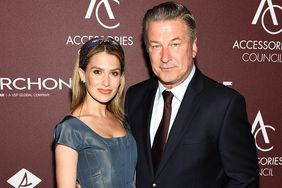 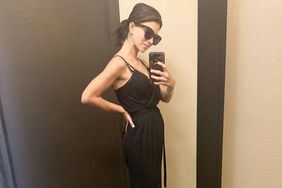 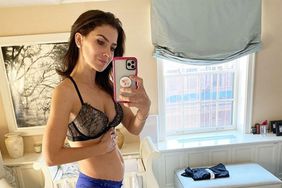