"I knew I was going to love her a lot, but it's incredible how deeply," the new mom tells PEOPLE.

She may not know it yet, but Carmen Gabriela gave her father Alec Baldwin a special gift upon her Aug. 23 arrival: another shot at fatherhood.

“It’s a second chance for me, in a way,” the actor, 55, tells PEOPLE exclusively in its new issue. “Everybody knows I had a pretty unpleasant custody battle for Ireland.”

With his 17-year-old firstborn “well-adjusted and as happy as one can be,” the former 30 Rock star says the past is behind him — his priority is to devote himself to the ladies in his life. “We just want things to be easy, to be nice,” he explains.

New to baby bliss is wife Hilaria, 29, who can’t get enough of the newborn. “I knew I was going to love her a lot, but it’s incredible how deeply,” she tells PEOPLE.

The yoga instructor and Extra correspondent often finds herself forgoing sleep to stare at Carmen — but with their 2-week-old‘s days and nights reversed, the couple are starting to feel the effects.

“She sleeps like a rock all day. And at night she’s like, ‘Let’s have a conference,'” says Alec.

Adds Hilaria, “Now I’m getting to the point where if I don’t sleep, I’m going to start walking into walls.”

For much more on the Baldwins’ new life with baby, pick up this week’s issue of PEOPLE, on newsstands Friday. 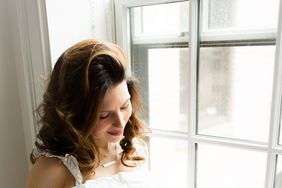 Third Child on the Way for Alec Baldwin 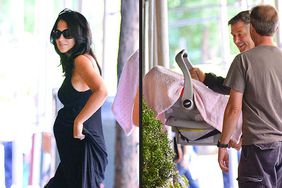 Baby Boy on the Way for Alec and Hilaria Baldwin