Twins on the Way for AJ Buckley

Actor AJ Buckley and his fiancée Abigail Ochse are preparing to add two little ones to their family, who will join soon-to-be big sister Willow, 3½

The babies on the way, due around April, will join the couple’s daughterWillow Phoenix, 3½.

“Could not be more excited to welcome two more to the Buckley clan,” the actor tells PEOPLE, joking, “I guess we will be designing a diaper bag for twins now.”

News of the babies on the way came as quite the surprise for the couple, who struggled with infertility for over a year and were about to turn to in vitro fertilization when they learned they had conceived twins naturally.

“I was over the moon to find out we were pregnant, and then got the surprise of a lifetime when the doctor said, ‘There are two!’ ” adds Ochse. “We feel truly blessed and cannot wait for the addition of two new babies to our family. Buckley, party of five!”

Buckley, 39, and Ochse — an oncology nurse and lifestyle blogger — dated for two years before getting engaged on New Year’s Eve 2012 while on vacation in Hawaii.

The couple welcomed Willow in January 2014, with the CSI: NY alum tweeting shortly after her birth, “Greatest moment in my life happened at 136am this morning when my [fiancée] gave birth to our little angel Willow Phoenix Buckley #ProudDad.”

RELATED: Baby Girl on the Way for AJ Buckley

Alongside his roles in SEAL Team and CSI: NY, Buckley has appeared on series like Hawaii Five-0, Justified, Murder in the First.

Buckley’s film credits include Disturbing Behavior and voice work in The Good Dinosaur and Happy Feet. He currently stars on the Canadian drama Pure. 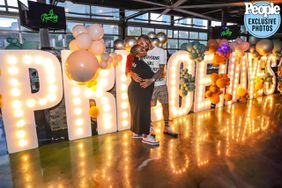 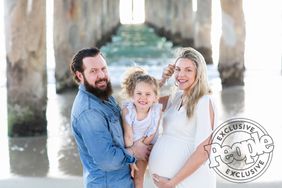 Baby Girl on the Way for A.J. Buckley