We have begun our countdown of the top 10 celebrities who announced their pregnancies this year, but are yet to give birth.

It seems like Hollywood babies are born everyday, and although they are all very special to their parents, only a few are born into instant celebrity. While they are pregnant, their every move and action is watched closely over by the public. For this reason, we bring you the top #10 women who announced their pregnancies in 2007 and will give birth next year.

We asked Celebrity Baby Blog Readers to nominate their favorites and then had you vote — over 2,500 of you responded! Over the next 10 days, we will present you with these 10 moms-to-be.

Continue reading to see who expectant mom #7 is.

Your pick for the #7 celebrity mom-to-be is Cate Blanchett.

Since Australian actress Cate Blanchett, 38, announced that she was expecting her third child, we have seen her at a variety of press conferences and premieres promoting her new work. It was rumored that she was expecting back in October, and she confirmed the good news at the Sydney premiere of Elizabeth: The Golden Age last month. Since the announcement, Cate has showed off her bump at the premiere of another of her new films, I’m Not There and at the Oz theater opening. Cate and husband, Andrew Upton, already have two sons Dashiell John, 5 ½, and Roman Robert, 3 ½. They try and spend the majority of their time in Australia, in their home in the Hills district, especially since Dashiell began school this year. The baby is due in April. 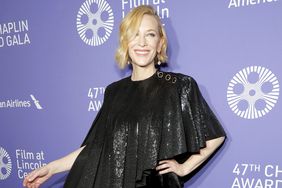