At a show held Friday in Tuscaloosa, Alabama, the group performed with Elwood Francis playing in Hill's absence. Frontman Billy Gibbons reportedly told the crowd, "We're gonna have a good time in here tonight. Got a new guy up here, as you know. Dusty gave me the directive. My friend, your pal, Elwood Francis is gonna hold it down behind me."

"How about that Elwood? Tearing up that bottom there for Dusty," Gibbons, 71, offered up at another point in the set, according to UCR.

On Wednesday, ZZ Top bandmates Gibbons and Frank Beard issued a statement confirming the death of the trio's bassist at his home in Houston. He was 72.

"We are saddened by the news today that our Compadre, Dusty Hill, has passed away in his sleep at home in Houston, TX," read the statement. "We, along with legions of ZZ Top fans around the world, will miss your steadfast presence, your good nature and enduring commitment to providing that monumental bottom to the 'Top.' "

"We will forever be connected to that 'Blues Shuffle in C,' " the statement continued. "You will be missed greatly, amigo."

Hill had served as the group's bassist since 1970, a year after the band was formed. He played bass, keyboards, and sometimes sang lead and backing vocals.

New of his death came less than a week after the band shared on Facebook that "their fearless Bass player" was going to take a "short detour" to address a "hip issue."

"They await a speedy recovery and have him back pronto," the group wrote at the time. "Per Dusty's request, 'The show must go on!' With that directive, ZZ Top has put the services of Mr. Elwood Francis, their trusted guitar tech of the past two decades, into play with his slide guitar, bass guitar, and harmonica playing in full swing."

Back in 2017, the group canceled several tour dates after Hill suffered a stomach issue. In 2014, they were also forced to cancel a performance after Hill injured his hip after falling off the band's tour bus. A similar situation occurred in 2016.

Gibbons spoke to Variety on Thursday about grieving Hill and carrying on with performances as he requested.

"Knowing that we can take his wishes forward and give him all due respect… You know, he was adamant," recalled Gibbons. "He said, 'the show must go on. Don't forget it.' And he was pointing his finger and shaking it."

He added of Elwood stepping in, "Well, it was a direct directive from Mr. Dusty Hill. When he grabbed my arm and said, 'I think I'm due to go visit the physician to see if I can bounce back,' he said, 'In the meantime, I want you to grab our guitar technician, Mr. Elwood and take him out of that tech station and strap him up with my guitar and make him carry on with every single note.' And I said, 'Well, if that's your wishes, I'll respect that.' And sure enough, we've been very, very fortunate to have a stalwart standby to fill in." 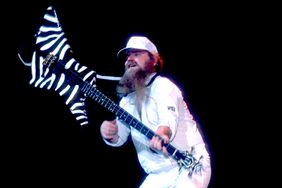 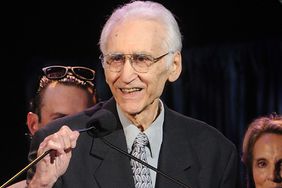