Now sober, the L.A.-based pop singer is working with some of the industry's heavy hitters

Ask singer Zee Machine to describe his music, and he smiles broadly.

"It's a flamboyant kind of pop-rock-electronic kind of fantasy," the L.A.-based pop singer says. "Lately I'm going for a sound that feels nostalgic and classic but still fresh. The music I'm putting out lately is music from the '80s — the 2080s!"

Upbeat and cheerful, Zee Machine has come a long way since three years ago, when he was struggling with drugs — including methamphetamine. The singer (born Joe Bissell) was trying to pull out of his spiral.

"From an early age, I had always had an addictive personality," the singer says. "So when I was struggling to find my footing after college, it snuck up on me."

Finally, in a moment of clarity, he reached out for help and entered inpatient treatment for more than two months. "My life was stripped down to its most basic requirements," he says. "Over time, I was given more privileges and opportunities to build my life back, while I was surrounded by other people going through a similar experience. I learned how to reconnect with others so that I didn't feel alone."

Now coming up on three years of sobriety, Zee Machine is hardly alone. He is making a splash with his upbeat songs that first gained traction in the LGBTQ+ community. Now, he's caught the ear of powerful producers and DJs, including Mark Ronson, who featured Zee Machine's work on his own social media.

For an independent artist like Zee Machine, social media — and the attention of music megastars — has been instrumental in getting his music heard.

"I always knew I was good enough and that I could do it if given the chance," he says. "But getting that chance is the hard part. The best part about social media is the ability to get your work in front of a larger audience than ever before. The pandemic offered me a lot of time to work on things that I never had the time to do before and with some stroke of luck something caught on, and my audience grew by literally 100 times."

Zee Machine is now booking appearances across the country — and the venues and opportunities are growing.

"The idea of worldwide fame and acclaim terrifies me," he laughs. "As long as I can create a life for myself that involves making art that people can connect to and that I can look back and be proud of and fulfilled with, I think I'll be satisfied."

One thing that Zee Machine won't do: tone down who he is for a wider audience.

"So many queer people's lives are underscored by a kind of shame and self-hatred inflicted by society," he says. "They often have to hide and fight through it as they grow up. I've been very blessed to be able to be my truest self from the beginning. I want to be an example of the joy that can come from radical self-acceptance." 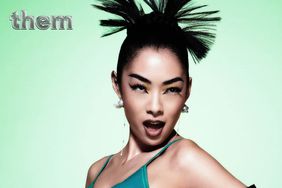 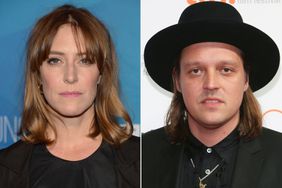