'Gone Till November' Is 20! Watch Wyclef Jean Celebrate the Anniversary with an Acoustic Set

Wyclef Jean's first full-length album in eight years, Carnival III: The Fall and Rise of a Refugee, will be released Sept. 15

Wyclef Jean is back! The musician has just announced his first full-length album in eight years, Carnival III: The Fall and Rise of a Refugee, which will be released Sept. 15 via Legacy Recordings.

To celebrate the announcement of his newest album and commemorate the 20th anniversary of his debut solo album, The Carnival, the singer will be the focus of TV One’s latest episode of the music docu-series Unsung. PEOPLE has an exclusive video of Jean performing an unplugged acoustic set of his iconic hit “Gone Till November.”

“My Carnival albums have always been about celebrating music culture from all parts of the world and Carnival III is no different,” says Jean in a statement. “Carnival III is more than just an album. It’s a celebration of what I love about music: discovery, diversity and artistry for art’s sake… It’s about putting music together that will outlive me and live on for generations to come that is full of emotion, vibration and fun.”

Jean released two new tracks “What Happened to Love” produced by The Knocks and “Fela Kuti” produced by Supah Mario.

FROM PEN: What Is The Grammy Bounce? (No, It’s Not A Dance Move)

In addition to the hype surrounding his release, Jean will be appearing on TV One’s signature music biography series Unsung. The show will shed light on the Haitian-born multi-talent, who started his career alongside Pras Michel and Lauryn Hill within their group, The Fugees, in the ’90s. 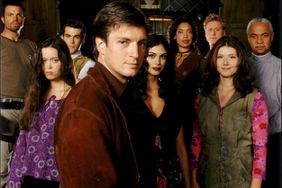