"You have a style on stage that we like to watch," Lionel Richie previously told the contestant during his last performance before dropping out

Pike, 20, had just earned a spot in the season's top 16 on Sunday night and made it into the top 12, host Ryan Seacrest revealed on Monday's episode.

"Before we get to the results, I have to tell you that finalist Wyatt Pike will not be competing in the competition. He had to drop out, but we wish him the very best," Seacrest, 46, said.

It's unclear why Pike dropped out of the competition, although an Instagram post last Wednesday revealed the contestant was already home in Park City, Utah.

A rep for American Idol tells PEOPLE, "Wyatt could not continue due to personal reasons."

Sunday's episode of American Idol was pre-taped whereas Monday's show featured the first live performances of the season.

During Pike's last time on the show, he sang his own rendition of "Use Somebody" by Kings of Leon.

His performance blew the judges away, with Katy Perry telling him, "I think you do have a little bit of an angle in this competition that you're an authentic singer-songwriter."

She added, "I think whatever happens, you're it."

Luke Bryan told Pike, "I remember one of the coolest things ever happened to me is the day I realized that I get to do music forever, under any circumstance. I'm telling you, Wyatt, you are going to be able to do music for the rest of your life."

"You have a style on stage that we like to watch," Lionel Richie said. "And to watch you take that song and make it your song, you're on your way to something big, my friend." 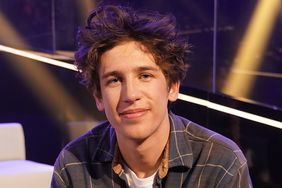