Willow Smith and Avril Lavigne might be the next duo to rock the music industry.

On Monday, Smith, 20, was seen shooting a music video in Los Angeles with the Canadian artist, whom she calls her "idol." Photos of the meetup show the two hugging and belting out in song, later sharing a high five as they wrapped the shoot.

The music video is expected to be for Smith's upcoming album, her first foray into the pop-punk genre as an artist — a "new journey" that she hopes will later lead her into heavy metal.

Speaking with V Magazine about the new music, the Red Table Talk co-host noted that listening to artists such as Lavigne and My Chemical Romance inspired her new artistic direction. The singer teased that the yet-untitled album will also include more features than her past projects.

"I wanted to open myself up a little bit more and not just be so anti-social in the studio," she said. "I'm so excited that I'm going to be having a song on the album with Avril Lavigne. She is so iconic. From [ages] 13 to 16, she was my idol. It's really nice to be able to have a quintessential pop-punk record with the pop-punk queen."

Smith said the switch into the punk genre, however, took some courage after being teased about her musical interests growing up. But in releasing the album, she hopes it can serve as an inspiration for others and increase representation in rock music.

"Being a Black woman in the metal crowd is very, very different on top of the pressures that the music industry puts on you," she told the outlet. "Now, it's like an added pressure of the metal culture, the metal world, and just rock in general. I used to get bullied in school for listening to Paramore and My Chemical Romance."

RELATED VIDEO: Willow Smith Says She's the 'Only Polyamorous Person' in Her Friend Group: 'I Have the Least Sex'

She continued, "Just through the music that I'm putting out right now and the representation that I can bring to the mix, I just hope that the Black girls who are listening to my music and listening to this album see that there's more of us out there. It's a real thing, you're not alone. You're not the only Black girl who wishes she could flip her hair to the side, and wear black eyeliner, you know what I mean?"

Ahead of the album, the artist released her latest single "Transparent Soul" in April. The track is the first single on her album and features Blink-182's Travis Barker on the drums. She follows the footsteps of her mother, Jada Pinkett Smith, who was in a rock band, Wicked Wisdom, in the early 2000s.

Her album is set to be released this summer, following the singer's previous projects, including her 2020 EP Rise with Jahnavi Harrison and the LP The Anxiety with Tyler Cole, her self-titled album from 2019, 2017's The 1st, and Ardipithecus from 2015. 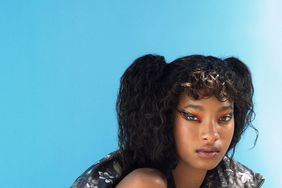 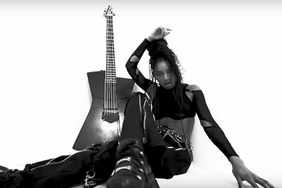 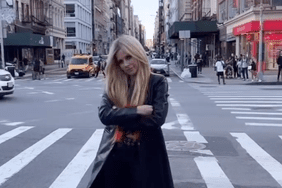