Whitney Houston‘s cousin is hitting back at Kanye West for using a photo of the late singer’s drug-covered bathroom as the cover for Pusha T’s new album.

Damon Elliott spoke to PEOPLE about the rapper’s decision to spend $85,000 on a photo that depicted Houston’s bathroom covered in drug-covered spoons and drug paraphernalia for Pusha T’s album DAYTONA — which West produced.

Elliott says he didn’t find out about the album artwork until his daughter called him.

“[She was] frantic. She sent me this picture from the album cover and I immediately got sick to my stomach because it took me right back to six years ago,” says Elliot.

“I was actually in shock because I’m in the music business,” he continues, adding he had worked with West, 40, on a Keyshia Cole song.

“To do something for a publicity stunt to sell records, it’s absolutely disgusting,” he continues. “It hurt my family and my daughter. It’s petty. It’s tacky.”

Elliott says Houston “never did anything to him” which made the use of the photo first published by the National Enquirer in 2006 all the more hurtful.

The music producer said he didn’t hear from the “Power” rapper before he licensed the photo nor after the news broke.

“I just want him to tell me why he did it,” says Elliott. “What is the creative side of this? What’s the point? It shows no creativity.”

Elliott says he hasn’t heard from Houston’s mother, Cissy Houston, but that he did try to warn his own mother, Dionne Warwick, saying, “She had no idea. I’m sure she knows about it now, though.”

He says he wants an apology from West, as well as a promise to switch out the album’s artwork with something else. Elliott is prepared for what he will say to West if the rapper calls him, however.

“What were you thinking? Did you think this through? And if you did, why did you do this?” says Elliot. “Because you’re hurting people. It knocked the wind out of me last night. When someone passes, you try to mourn and move on and remember the good times.”

Pusha T, 41, appeared on The Angie Martinez Show on Wednesday to promote his album, which debuted Friday and revealed West had called him with last-minute changes to the cover’s artwork.

“I said, ‘Hey, I don’t want to pay for that and I wasn’t even going to ask you to pay for that. We picked what we picked, it’s here, it’s ready,’” he continued, adding West told him, “‘No, this is what people need to see to go along with this music. Imma pay for that.’ I say, ‘You my man! You my man!’”

It is understood West paid to license the photograph but it is not clear if he paid the Enquirer or Houston’s sister-in-law Tina Brown, sister of the singer’s ex-husband Bobby.

Houston was found dead in a bathtub at The Beverly Hilton hotel in 2012. The icon’s death was ruled an accidental drowning, with heart disease and cocaine use also to blame. In August 2012, her autopsy stated she also had marijuana, Xanax, Benadryl and other medication in her system. 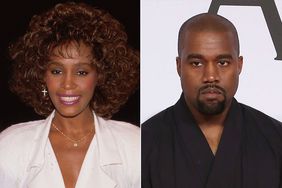 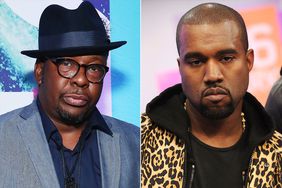 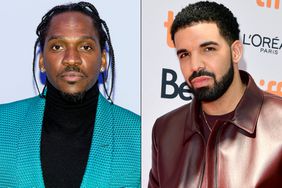 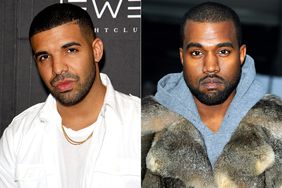 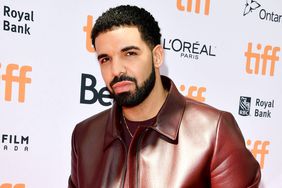 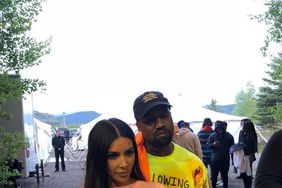