"This is something that she wanted to do," said Whitney Houston's sister-in-law and former manager, Pat Houston

Whitney Houston is about to take the stage again, eight years after her death.

On Tuesday, Feb. 25, An Evening With Whitney: The Whitney Houston Hologram Tour will play its first show in Sheffield, England, with additional U.K. stops set through April 1.

Combining cutting-edge visual effects to project Houston’s image centerstage, the show also features a live band and backup singers and dancers. The singer — who died in February 2012 at age 48 — is brought to life using archival images and recordings painstakingly compiled for an immersive and innovative live experience.

“Now is just the right time,” Pat Houston, the Grammy winner’s sister-in-law and former manager, told the Associated Press. “In the spirit of Whitney, I know we’re doing all the right things right now.”

The show is produced by BASE Hologram, sanctioned by the Whitney Houston Estate, which revealed plans for the tour last spring. With a number of the music legend’s hits, the show is described by Pat as a setlist Houston dreamed of performing.

“This is something that she wanted to do,” said Pat. “I get very emotional watching this, because it is so, so close to what she wanted. The only thing missing is her, physically.”

To pull off the lifelike hologram, the team at BASE used techniques similar to what Lucasfilm and Industrial Light & Magic visual effects artists utilized to put late Star Wars actress Carrie Fisher back onscreen in 2016’s Rogue One.

Choreographer Fatima Robinson, in order to arrange the dance routines for the show, pored over footage of Houston’s show-stopping performances to nail her every move.

“Whitney didn’t dance a lot, but when she did do her little moves, they were so perfectly Whitney,” Robinson told AP. “We did lots of studying her behavior in her videos. We would study her movements, and find the best moments in some of the live videos that just really embody her.”

North American dates for the hologram tour have not been announced, though they are expected to follow later in the year.

Whitney’s estate canceled a previous attempt at staging a hologram resurrection of the singer back in 2016. When Christina Aguilera was set to perform alongside the digital Houston on an episode of The Voice, the venture was halted due to effects that weren’t yet up to par.

“Holograms are new technology that take time to perfect, and we believe with artists of this iconic caliber, it must be perfect,” Pat said at the time. “Whitney’s legacy and her devoted fans deserve perfection. After closely viewing the performance, we decided the hologram was not ready to air.” 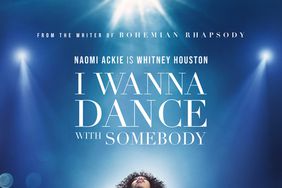 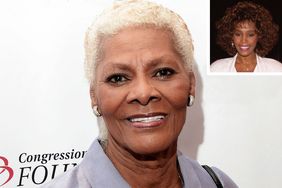 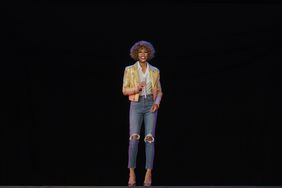 The Whitney Houston Hologram Tour Will Begin in January 2020 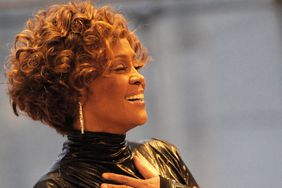