"Our lives will never be the same," the new Voice champion tells PEOPLE

Chris Blue may have been named the new winner of The Voice on May 23, but that’s not the only reason he’s celebrating.

The Knoxville-bred singer is also getting ready to marry his longtime love, fiancée Stephanie Dunkley.

“The wedding is paid off,” Blue tells PEOPLE after his win. “[Stephanie] can actually decorate the church, and we’ll have wedding cars.”

He adds: “Our lives will never be the same.”

Dunkley has battled bone marrow cancer for most of her life and faced a major bone marrow transplant prior to Blue’s audition.

“When I lost her, I really thought it was over,” he says of her recurrent health issues. “But I begged God for a second chance, and she came back.”

Facing doubts on the way to The Voice blind auditions in Atlanta, Blue almost turned the car around, but Dunkley was the one who was able to talk him through it. Her recovery also inspired him to realize that “life is too short to not try.”

“I’m extremely proud of her,” he says. “She kept fighting, and we just continue to believe and love one another and be patient.”

Their love story started in a unique way as Blue says Dunkley, who is from England, knew him before she even met him—sort of.

As Blue describes, Dunkley was told by her dad’s friend who “can see into the future at times” that she would meet a young man while interning in Tennessee and become “really good friends” with him.

“This is the kicker — at the time I was a worship leader at my church and we have two locations. That Sunday I was scheduled to be at a different location, but I was switched at the last minute to serve at the location she attended,” Blue says. “The morning of, I changed my outfit which I had selected the night before — which I never do. That outfit just so happened to be the outfit that was described in the dream so when she saw me, she freaked out.”

For more on Chris Blue’s triumph on The Voice, pick up the latest issue of PEOPLE, on newsstands Friday.

He continues: “We bumped into each other in the hallway and the rest is history.”

Fast forward to when host Carson Daly announced that he had won at the finale, Blue was joined on stage by his whole family and turned to the woman who made it all happen — his coach, Alicia Keys.

“I tried to give her the trophy, but she didn’t accept it!” he says. “I felt like she deserved it, and it should’ve went to her because she works so hard and poured so much into me. She deserves the world.”

When Blue first walked in to the blind auditions for The Voice, Keys was the only coach who still had a spot left on her team.

If things had been different, there’s a good chance all four coaches would’ve turned their chairs for Blue as he belted out Smokey Robinson and the Miracles’ hit “The Tracks of My Tears,” but he credits destiny for the partnership that lead to his incredible performances on the show.

“It was really meant to be,” he says of working with Keys, adding that he hopes to continue their relationship now that the show is over. “There’s so much more to learn in the industry that I know that she can teach me.”

He also celebrated his win the way he knew a true champion would — with a WWE championship belt in hand.

“I grabbed ahold of my WWE championship belt that I purchased for myself, and I purchased three other belts for the other contestants that made it to the final four,” Blue says. “I celebrated with family and some good barbecue.”

The most important thing Keys taught Blue was to “always believe in yourself” — a lesson he’ll remember as he gears up to record his first major label album.

Blue’s original single that he performed for the finale, “Money on You,” is a good indicator of what’s to come from his music. He hopes to produce more fun, upbeat songs that will “make people dance and feel good.”

He continues: “I’m excited about continuing this journey.” 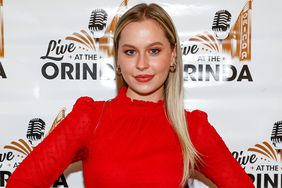 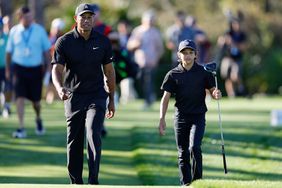 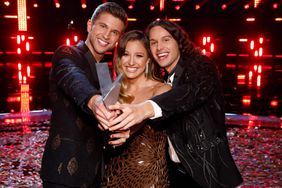 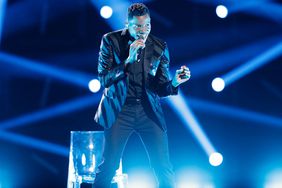