"It was a messy relationship," she said on Instagram Live. "But we had some beautiful times too"

Valerie Bertinelli is opening up about her grieving process.

On Friday, Bertinelli, 60, teared up on Instagram Live as she talked with therapist Angie Johnsey about the stages of grief as she opened about her own journey after the death of ex-husband Eddie Van Halen in October.

"You never like this new normal but that's what it is," she said about life after losing someone. "It's about finding a way to survive this new normal… which many people are doing. This whole year unfortunately has been about death and grieving and loss."

"Too many people have lost too many things. It's just shattering what's going on," she added. "Talking about grief is the appropriate thing to do. We're all going through some form of it."

During the 40-minute Live, Bertinelli wiped away tears as Johnsey mentioned Van Halen, who died of cancer at age 65.

"That's the thing about grief is it's actually a bit of a blessing because — and I'll just take my relationship with Ed for the last 40 years — it was a messy relationship," she said. "We had some very difficult, very challenging times but we had some beautiful times too."

"The lovely thing about grief and the gift that it gives you is that it's so much easier to remember the beautiful moments than the challenging and the difficult moments that we had with that person," she added. "Those are beautiful things to hold onto and remember the best of whoever you're grieving."

Speaking about the former couple's son Wolfie, Bertinelli said, "I can only hope that when I'm gone, my son will remember the best of me and not the worst of me. I think that's something to hold onto, that the best of you gets remembered."

The Valerie's Home Cooking host also said that she tries to look at her grieving process with optimism.

RELATED VIDEO: Valerie Bertinelli Tears Up as She Says 'It's Been Rough' Since Death of Late Ex Eddie Van Halen

"While you're suffering, remember that good can come from this; that you will learn a lot from your suffering," she said. "It's a good way to appreciate the negative if you will. I do try to look at everything as a lesson, some more challenging than others. Grief is a lesson for sure."

Before ending the Live, Bertinelli reminded her viewers that "you're on nobody else's schedule but your own" and to "love yourself." 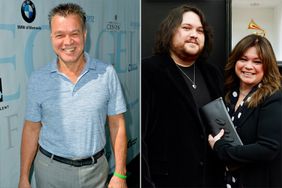 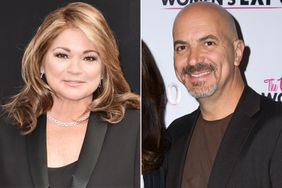 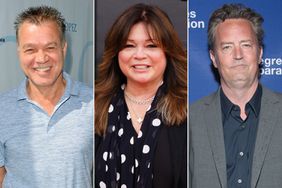 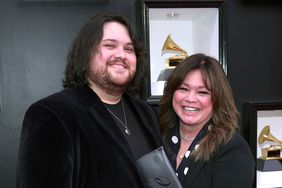 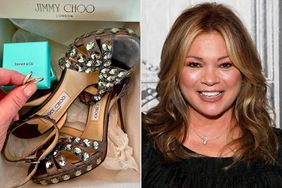