The iconic guitarist died this week following a battle with cancer

Valerie Bertinelli is looking back on memories with her late ex-husband Eddie Van Halen, who died on Tuesday following a cancer battle.

The actress, 60, shared several throwback photos from her time with the iconic guitarist, including a snapshot from the night they met in 1980.

One photo shows Bertinelli putting her arm over Van Halen's shoulder in Shreveport, Lousiana, and in another, she hugs the rocker on Christmas in 1980.

A black-and-white photo taken at The Forum in Los Angeles in 1981 shows the couple smiling together on a couch, and in a snapshot from the Central Park carousel in 1993, the duo smile with young son Wolfgang, who is now 29.

On Tuesday, Bertinelli shared a heartfelt tribute to Van Halen, saying that her "life changed forever" when they met.

"40 years ago my life changed forever when I met you," the actress wrote on Twitter, also sharing an old family photo. "You gave me the one true light in my life, our son, Wolfgang."

"Through all your challenging treatments for lung cancer, you kept your gorgeous spirit and that impish grin," Bertinelli continued. "I'm so grateful Wolfie and I were able to hold you in your last moments. I will see you in our next life my love."

Bertinelli and Eddie tied the knot in 1981 and were married for more than 20 years before separating in 2001 and getting divorced in 2007. They were on good terms at the time of his death and Eddie had attended her wedding to her current husband Tom Vitale.

Wolfgang first broke the news on Tuesday that Van Halen had died.

"I can't believe I'm having to write this, but my father, Edward Lodewijk Van Halen, has lost his long and arduous battle with cancer this morning," he wrote on Twitter. "He was the best father I could ask for. Every moment I've shared with him on and off stage was a gift."

A source close to Van Halen told PEOPLE that the guitarist had a rapid decline in health over the days leading to his death and that cancer had "spread to all his organs."

Bertinelli, Wolf, and his current wife Janie Liszewski were all at the hospital with Van Halen at the time of his death. 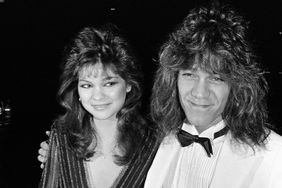 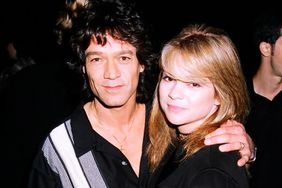 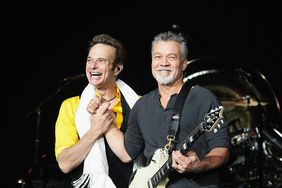 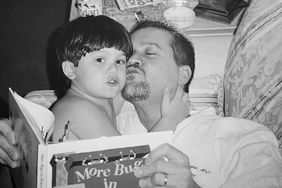