Travis Scott's lawyer says there have been "inconsistent messages" sent by officials in the wake of the deadly tragedy at Astroworld Festival.

In a statement to PEOPLE on Wednesday, Scott's attorney Edwin F. McPherson addressed what he says has been "finger-pointing" by city officials, "who have sent inconsistent messages and have backtracked from original statements" regarding Friday's events.

"Houston Police Chief Troy Finner was quoted in the New York Times as saying 'You cannot just close when you got 50,000 and over 50,000 individuals. We have to worry about rioting, riots, when you have a group that's that young,' " McPherson continued. "Yet, just a short time later, Chief Finner states the responsibility to stop the show falls on Travis."

During a press conference on Wednesday, Finner asserted that local officials did not have the power to end Scott's performance, even after the situation in the crowd became dangerous. "The ultimate authority to end the show is with the production and the entertainer," he said.

The police chief later added that he didn't want to "point fingers" until the investigation was complete.

In his statement to PEOPLE, McPherson added: "It was reported that the Operations Plan designated that only the festival director and executive producers have authority to stop the show, neither of which is part of Travis's crew. This also runs afoul of HPD's own previous actions when it shut down the power and sound at this very festival when the performance ran over 5 minutes back in 2019."

He concluded: "Investigations should start proceeding over finger-pointing so that together, we can identify exactly what transpired and how we can prevent anything like this from happening again."

Family of 9-Year-Old Injured at Astroworld Files Suit Against Travis Scott: 'Thought It Would Be Safe

An insider close to Scott tells PEOPLE that the rapper could not see anything or hear beyond the inner-ear producers, adding that no one told him to stop the show until he ended the concert at 10:10 p.m. local time.

The source previously told PEOPLE that Scott was unaware of the magnitude of the situation. "The lights were shining in his eyes and he couldn't see what was happening," said the source. "He thought someone had just passed out, which happens during concerts."

Eight people died and over 300 people were injured as a result of a fatal crowd surge on Friday night. At least 36 lawsuits have been filed against Scott over the incident, the Houston Chronicle reported.

Following the event, Scott posted a series of videos to his Instagram Story on Saturday, saying he was "horrified" by what happened at his show and pledging to help the victims' families.

RELATED: Houston Fire Chief Says Officials 'Need to Get to the Bottom of' Deadly Crowd Surge at Astroworld Festival

"I'm honestly just devastated and I could never imagine anything like this happening," Scott said.

Houston Fire Chief Samuel Peña previously told PEOPLE that his department started receiving calls that the situation was "escalating" just before 9:30 p.m. local time, and requested additional resources "because we knew that this was going to escalate."

Within 10 minutes of that request, the Houston Fire Department had declared a level two mass casualty event.

"We need to get to the bottom of what caused people to start surging..." Peña said. "But more than that, what's been on my mind is: how could it have been stopped? From my perspective, everybody at that concert had a responsibility, including the crowd, but certainly the security and even the artists. They have a lot of control over the crowd. I'm not saying that this is the answer, but I've seen it in other instances where the artist pauses the show, turns on the lights and says, 'Hey, we need to address whatever before we move forward.' " 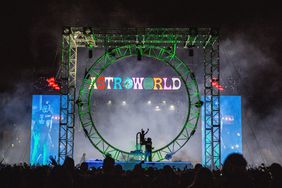 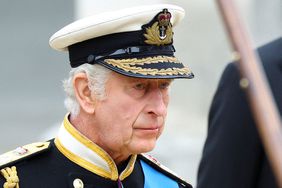 A Timeline of Takeoff's Fatal Shooting in Houston: What We Know So Far 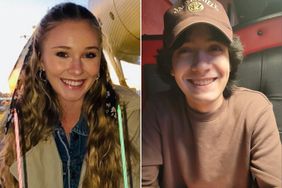 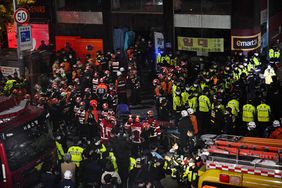