Fans at the concert shared their experiences on social media, with most mocking the arrest charges

Travis Scott‘s tour stop at the Walmart Ampitheatre in Rogers, Arkansas, allegedly got a bit too rowdy, leading cops to reportedly arrest the rapper following the show.

Keith Foster, Public Information Officer for the Rogers Police Department, confirmed to PEOPLE that Scott (né Jacques Webster) was arrested and charged with inciting a riot, disorderly conduct and endangering the welfare of a minor.

“During the concert, Webster encouraged people to rush the stage and bypass security protocols to ensure concert goer safety,” Foster said. “During the rush to the stage several people were injured, including an employee from the security company hired to help monitor and control the crowd, and a member of the police department. The injured subjects were treated at the AMP by members of the Rogers Fire Department and Mercy Medical.”

According to TMZ, witnesses said that officers took the singer as soon as he left the stage.

The 25-year-old rapper was reportedly released without bail around 11:30 p.m., according to TMZ. Scott will also have to appear for a court date in Arkansas, according to the outlet. Foster could not confirm the exact time that Scott was released but said that it “sounds like he was cited and would have to return for court.”

Fans at the concert shared their experiences on social media, with most mocking the arrest charges.

“Guess the cops can’t handle the rage like some of us can,” one wrote.

WATCH: Grammy News and Notes: Album of the Year Nominees

Kylie Jenner’s beau previously was arrested for a similar incident in Chicago. He faced disorderly conduct charges following his 2015 performance at Lollapalooza after encouraging concert goers to rush the stage, according to Billboard.

More recently, Scott encouraged a fan to jump from a third story balcony during a concert in New York. Video of the incident went viral on social media, though he did not face legal repercussions for the incident.

Jenner, who is currently at her home in Los Angeles, was not at the concert. 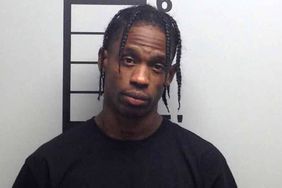 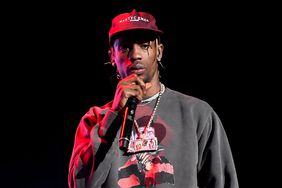 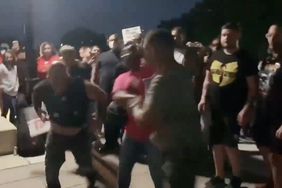