The 28-year-old rapper entered the plea during an arraignment on Wednesday, according to the Los Angeles County District Attorney's Office

Tory Lanez has pleaded not guilty to shooting Megan Thee Stallion earlier this summer, according to officials.

Lanez was charged with one felony count each of assault with a semiautomatic firearm, personal use of a firearm, and carrying a loaded, unregistered firearm in a vehicle for an incident that took place on July 12 in the Hollywood Hills.

He is also facing a "gun allegation and that he personally inflicted great bodily injury," the DA's office said in a press release in October.

Lanez is due back in court on Jan. 20, 2021. If convicted as charged, he could be sentenced up to 22 years and eight months in state prison.

A representative for Lanez declined to comment, while a spokesperson for Megan did not immediately respond to PEOPLE's request for comment.

Lanez was arrested on July 13 following the shooting. He posted $35,000 bail and was released on the same day.

Since then, Lanez has continued to deny allegations that he shot Megan, 25, in the incident.

"Megan, people tryin' to frame me for a shootin'," he raps on the track "Money Over Fallouts," which appeared on an album that dropped in September. "Gotta see a couple questions: how the f— you get shot in yo foot it don't hit no bones or tendons? How the f— is your team tryna' pay me in millions?"

Lanez also spoke about the felony charges against him during an Instagram Live session last month, saying in footage captured by Power 106 FM, "It's falsified information; it's false information, and it's not accurate information."

While the DA's office has not identified the victim in the shooting, Megan has spoken out about the incident numerous times — even naming Lanez as the alleged shooter in August.

"You shot me, and you got your publicist and your people going to these blogs lying and s---. Stop lying," she said at the time, as captured by a fan's account on Twitter. "Why lie? I don't understand. I tried to keep the situation off the internet, but you're dragging it."

According to the "WAP" rapper's account of the evening in her recent GQ cover story, she had a gut feeling to get out of the car she was sharing with Lanez before the incident. However, when she tried to exit the vehicle and walk away, Megan said Lanez allegedly started shooting at her feet and wounded her.

"Like, I never put my hands on nobody," she told the magazine. "I barely even said anything to the man who shot me when I was walking away. We were literally like five minutes away from the house." 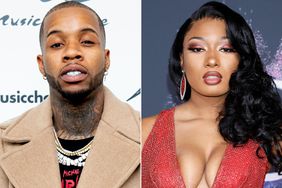 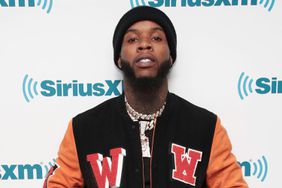 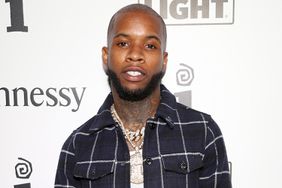 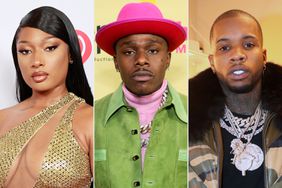 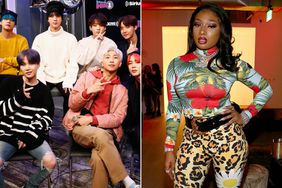 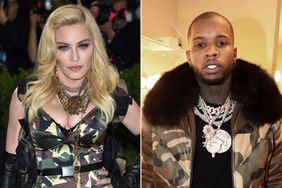