"I remember walking off and thinking like, 'That is a moment I will never forget,' " Chloe Kohanski said of when she found her self-confidence again during season 13

Though Chloe Kohanski’s journey on season 13 of The Voice wasn’t always smooth sailing, she learned a lot about herself along the way as she was ultimately crowned the winner.

“I never had a moment where I thought I have this in the bag. It instilled a lot of confidence in me. No matter what I was walking away with I have a sense of who I am,” the 23-year-old Nashville native told reporters after Tuesday’s finale.

After the blind auditions, she joined Miley Cyrus’ team but was nearly eliminated when Cyrus chose contestant Ashland Craft over her in the knockout rounds. Luckily, Blake Shelton used his steal to recruit Kohanski to his team.

“I also feel like if I wouldn’t have won, I believe Blake when he says he does take care of his team,” Kohanski said about the significance of winning with Shelton. “I’m very stoked that we won this together, that’s very fun. It’s not just for the show, it’s real.”

“Not to give the cliche answer, ‘Total Eclipse of the Heart’ was a turning point for me,” Kohanski said about her performance during the Top 11 stage of the NBC singing competition.

“I got to the chorus and I saw something in my face change. I stopped thinking and started performing,” she recalled. “I started this show with not a shred of self-confidence. It has changed the way I see myself and other people. I remember walking off and thinking like, ‘That is a moment I will never forget.’ “

And rightfully so: Her powerful rendition of Bonnie Tyler’s 1983 classic cemented her place as a frontrunner. Her cover even peaked at No. 1 on the iTunes chart that week.

Kohanski’s success on the show and the charts makes her hopeful that she can reach success beyond the competition – and coach Blake couldn’t agree more.

“I do think she has what it takes. The last couple of days, especially last night, it was an overwhelming response from social media, friends and family. People love Chloe,” Shelton said.

Adding, “I think it’s something that people have been starving for musically. I truly think Chloe can go on from here and become really the first superstar. The first star to come out of this show that can have some hit songs.”

Though she was just named the season 13 winner, Kohanski already knows her post-Voice endeavors.

“The first thing on my mind is working on a record. I think you should never stop learning and the coolest part of working with you is hearing a new perspective,” she said. “I want to plan a tour and I’m thinking about visuals for that as well. I’m very excited that this is just a catapult into what is a very creative process for me.”

Likewise, Shelton knows that this is only the beginning for Kohanski.

“Just go and create,” he said on the advice he gave to her. “There’s been so much music that Chloe discovered on this show only because people heard her voice and she listened to people. She’s 23. Go into it with an open mind, a creative mind. I’m dying to know what you come up with.” 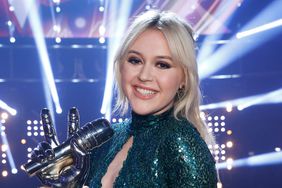 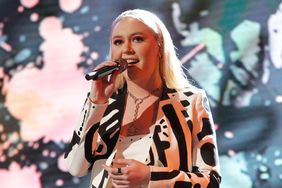 Meet 'The Voice's' Fan-Favorite '80s and '90s Influenced Rocker Chloe Kohanski: 'It's Crazy, but I Feel Like I Could Win' 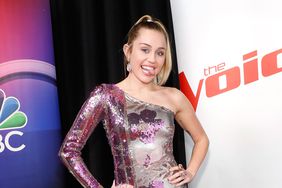