Swift was given a three-tier birthday cake with her beloved pet cats — Olivia, Meredith, and Benjamin — on it

Taylor Swift received a sweet surprise for her 30th birthday!

While performing at Z100’s Jingle Ball at Madison Square Garden in New York City on Friday night, the singer was presented with a massive birthday cake by radio host, Elvis Duran.

The large three-tier cake was decorated in purple and white icing and read “Happy Birthday Taylor,” but was even more special due to the three cats that also appeared on it — which happened to be Swift’s beloved felines, Olivia, Meredith, and Benjamin.

“You have to eat the whole thing,” Duran joked in a video captured by a fan in attendance. “Happy birthday!”

“You’re the best,” he went on, before pointing out, “Do they know they spent your 25th birthday on this stage, as well? We’ve been with you along for the whole ride!”

“Thank you so much!” said Swift, who wore a sparkly dress and thigh-high boots for the occasion.

After presenting the large cake to her, Duran requested that the lights come up on the audience so that they could sing “Happy Birthday” to the star.

“That was the most beautiful song I’ve ever heard,” Swift sweetly told them afterward, giving a hug to Duran for the kind surprise.

Swift has had quite the busy 24 hours.

Just last night, the singer was honored at Billboard’s Women in Music awards with the first-ever Billboard Woman of the Decade award.

While on stage, Swift delivered a moving speech, in which she bluntly called out Scooter Braun and slammed the people who tried to hush her as the “definition of toxic male privilege.”

She also passionately explained that in addition to the continuous and unfair plight women face when trying to break into the music industry, there’s a new shift that has “affected me personally.”

“That is the unregulated world of private equity coming in and buying up our music as if it’s real estate,” Swift said. 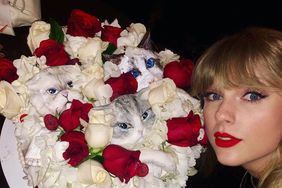 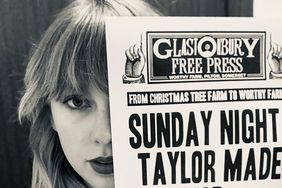 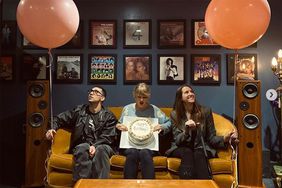