"How about we stop degrading hard working women," Taylor Swift shared on Twitter

Taylor Swift is speaking out against Netflix and its comedy Ginny and Georgia after an episode featured a joke about her dating history.

On Monday, the 31-year-old singer-songwriter shared a statement on Twitter slamming the streaming service and the show's writers for incorporating a joke that read: "What do you care? You go through men faster than Taylor Swift."

"Hey Ginny & Georgia, 2010 called and it wants its lazy, deeply sexist joke back," Swift wrote. "How about we stop degrading hard-working women by defining this horse s---- as FuNnY."

"Also, @netflix after Miss Americana this outfit doesn't look cute on you," she added, referencing her 2020 documentary, which Netflix has exclusive rights to. "Happy Women's History Month I guess."

Netflix did not respond to PEOPLE's request for comment.

Several of Swift's fans also expressed their outrage over the joke, pointing out that in another Netflix show — Degrassi: Next Class — a character also claimed: "Taylor Swift made an entire career off her exes."

"okay no it's not sitting right with me the netflix has two taylor swift projects on their platform and they are okay with treating her like this!!! RESPECT TAYLOR SWIFT," one fan wrote.

Another added, "If those script writers thought of these lines as jokes, are they really that dumb? Being misogynistic and slut-shaming people has never been a joke. Taylor has been slut-shamed throughout her entire career and she doesn't deserve it, no one else does! RESPECT TAYLOR SWIFT."

"i'm just so...... women cant even exist at this point without being shamed, it's almost like they forget that taylor has been in a committed relationship for about 5 years now.... i can assure you the joke is SO old and not even the slightest bit funny. RESPECT TAYLOR SWIFT," a third fan shared.

The Folklore singer has previously slammed "very sexist" opinions about her work, telling Australian radio show Jules, Merrick & Sophie in 2014 that many male artists write and release songs about exes but don't face the same criticism as female artists.

"You're going to have people who are gonna say, 'Oh you know, like she just writes songs about her ex-boyfriends,' and I think, frankly, that's just a very sexist angle to take," she said at the time. "No one says that about Ed Sheeran. No one says it about Bruno Mars. They're all writing about their exes, their current girlfriends, their love life and no one raises a red flag there."

Swift is currently gearing up to release Fearless (Taylor's Version), her new album featuring re-recordings of 20 songs from Fearless, her second album. Last month, she slyly revealed April 9 as the release date. 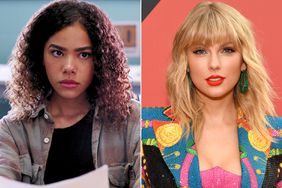 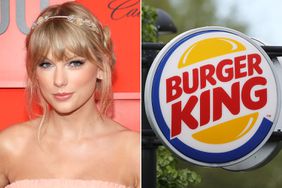 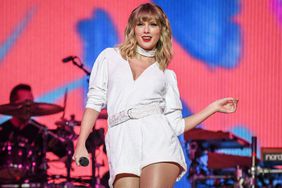