From releasing a euphoric new album to advocating for her fellow artists, Taylor Swift — one of four People of the Year — is more fearless than ever

To say 2019 has been an incredible year for Taylor Swift would be an understatement.

In the final year of her 20s, the superstar released her record-shattering new album Lover (all 18 tracks charted simultaneously on the Billboard Hot 100) and embraced her voice — and power — more than ever.

“This is the first time I’ve been able to put out music that I feel is connecting with people, yet look back on everything I’ve made and feel a quiet sense of pride,” Swift tells PEOPLE in this week’s cover story, where she and three other stars are celebrated as PEOPLE’s People of the Year. “I’m proud of the things I’ve withstood, and I’ve been able to carve out a life for myself.”

As she did five years ago with streaming services, the 10-time Grammy winner took on systemic injustices in the music industry by getting loud about her struggles with her former record label Big Machine over her life’s work after the company was sold to manager Scooter Braun.

“I’m in a position to speak out, thankfully, so if somebody who’s younger who’s signing a record deal can learn from that, then that’s a good day,” says Swift, who turns 30 on Dec. 13. “When I signed my record deal with Universal Music Group, they agreed to pay their artists a significant portion when they sell their Spotify shares. It’s a hugely important thing to me as an artist because I think that’s our pension plan, and that’s our thing we get to leave to our kids.”

After breaking her political silence late last year, Swift also continued advocating for her LGBTQ+ fans throughout 2019. Her Change.org petition in support of the Equality Act has racked up nearly 600,000 signatures, and her “You Need to Calm Down” music video has received nearly 165 million views.

“When you advocate for something, it has to be completely disconnected from what people say about you advocating for it. It should be removed from hard numbers,” she says.

Still, the star acknowledges the response has been inspiring. “When numbers do come in that are promising and petitions are signed in the hundreds of thousands, it’s a good feeling. It reinforces your feeling that there is good in the world.”

Following her massive Reputation Stadium Tour, the singer — who is gearing up for her new tour, Lover Fest — says she felt empowered to write music in a way she was never able to before.

“There was so much theatricality in the darkness of reputation. It was secretly a love story, but it was also filled with angst, rebellion and this vengeful taking back of your life,” she says. “Lover ended up being the album [where I was no longer] answering to something. In the past, I’ve definitely used my criticism as a jumping-off point for creativity. With reputation, I’d said everything I needed to say. I’d been tried in every possible way people could throw things at me, and I felt like now I just get to create.”

While Swift has certainly had more than one breakthrough year — she became the youngest person to win an album of the year Grammy in 2009 and cemented her status as a pop icon with her career-changing album 1989 five years ago — she’s the first to admit 2019 was extraordinary for her both personally and professionally.

“This year feels more special to me than any year before it. Fifteen years into doing this, being able to look around and acknowledge that it’s special, I’m really stoked this moment can happen when I’m 29,” says Swift. “That’s one of the benefits of starting when you’re 12!” 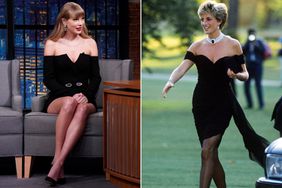 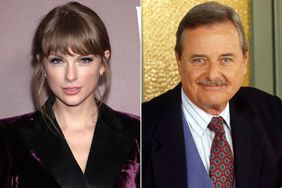