Taylor Swift may be a multiplatinum-selling Grammy winner, but just like the rest of us, she likes to make sure her wine is good to the last drop.

The Folklore singer, 31, marked the end of summer in a new TikTok with frequent collaborator Jack Antonoff set to their popular song "August."

In the clip, the pair sit together holding wine glasses on a boat as Swift empties the very last drop of her bottle of wine into her glass and takes a sip, paying homage to the lyrics, "August slipped away into a moment in time / 'Cause it was never mine ... August sipped away / Like a bottle of wine / 'Cause you were never mine."

"Looks like we ran out of August," she captioned the video.

Antonoff, 37, co-wrote and produced the song with Swift, and it became a fan favorite upon the release of her surprise 2020 album Folklore.

Thanks to its timely lyrics, the song has become a popular "trend" on TikTok in which users set it to a compilation of video highlights from their summer.

Swift got her start on the app late last month, and in just two and a half weeks has amassed 3 million followers.

In her very first clip, she channeled all of her different album eras with themed outfits as she lip-synced along to the song "Screwface Capital" by British rapper Dave.

Her latest video featured a collection of clips of her beloved cat Benjamin Button.

RELATED VIDEO: Toni Collette Belts Taylor Swift's folklore in the Car With Daughter: We 'Know All the Lyrics'

The re-recordings come after Scooter Braun bought her former record label Big Machine, giving him control of the masters of Swift's first six albums. (He sold the masters for $300 million to Shamrock Holdings in November).

Red (Taylor's Version) will include nine songs "from the vault," including a long-awaited 10-minute version of "All Too Well," and collaborations with Ed Sheeran, Phoebe Bridgers and Chris Stapleton. 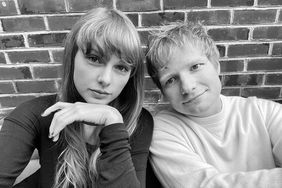