On Monday morning, the 31-year-old singer joined the popular video-sharing app, which she celebrated by posting her first-ever clip.

Set to the tune of the song "Screwface Capital" by British rapper Dave, the seconds-long clip sees Swift channeling through the eras of her most recent bodies of work — themed outfits included — such as 2020's Folklore and Evermore, as well as the re-release of her 2008 LP, Fearless, earlier this year.

The clip also sees the "Blank Space" singer tease the forthcoming release of the re-recorded version of her 2012 album, Red.

"Lots going on at the moment: Red (my version) vinyl is up for presale on my site and oh I'm on tiktok now let the games begin 😺 #SwiftTok," the Grammy award-winning star captioned the video.

Earlier this year, Swift announced that the next album she will be revisiting is her Grammy-winning Red. The Taylor's Version of the album, which is set to release on Nov. 19, will feature all 30 songs originally meant to be on the LP.

The singer's decision to re-record came after Scooter Braun bought Swift's former record label Big Machine — a move that saw him take control of the masters to her first six albums. (He sold the masters for $300 million to Shamrock Holdings in November.)

Speaking with PEOPLE (the TV Show!) earlier this year, Swift opened up about the recreation process and how she ensured that Taylor's Version of Fearless kept the same essence of its Grammy-winning original.

"We just kind of took all the knowledge that we've acquired over decades of playing this music and applied that to it," she added. "But yeah, I did go in line by line and listen to every single vocal and think, you know, what are my inflections here. If I can improve upon it, I did. But I really did want this to be very true to what I initially thought of and what I had initially written. But better. Obviously." 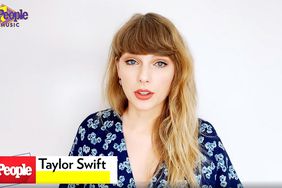 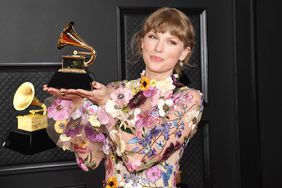