Taylor Momsen on Meeting Her Rock Idols and Why Questions about Child Stardom Are 'Frustrating': 'It's Such a Past Life'

"It feels like someone asking you about junior high," the Pretty Reckless singer — who recently dropped their new album Who You Selling For — says about addressing her Gossip Girl roots

Taylor Momsen traded TV fame for rock ‘n’ roll in 2009 when she formed her rock band The Pretty Reckless — but a character she played on a certain beloved CW soap continues to haunt her.

“It’s less frustrating if someone recognizes me for it; it’s more frustrating that I still get asked about it,” Momsen, 23, says of Gossip Girl, the teen drama on which she starred as Jenny “Little J” Humphrey alongside Blake Lively, Leighton Meester, Chace Crawford and Penn Badgley. She joined the cast and appeared in episodes starting in 2007 but was less prominent in the later seasons as she began to focus on her music career.

“It feels like someone asking you about junior high,” adds Momsen, who began modeling as a toddler and memorably starred as Cindy Lou Who with Jim Carrey in How the Grinch Stole Christmas (2000). “It literally was my junior high, so that’s what it feels like to me. It’s such a past life that it’s a strange question to continue to get asked.”

Since launching her second act, Momsen has found success on the rock charts, releasing three albums (most recently Who You Selling For), touring extensively around the world and even breaking records with The Pretty Reckless. Last month, the quartet became the first act to have four consecutive singles reach No. 1 on Billboard’s Mainstream Rock Chart with their latest hit “Take Me Down.”

PEOPLE caught up with the singer, who opened up about meeting her rock idols, what she does in her down time — and whether or not she regrets her child star past.

You’ve been working for —

Do you ever wish that you hadn’t gotten into the industry at such a young age?

I don’t tend to think about that anymore because it is what it is. You can’t change what happened. Where I’m at now is awesome. A different road might have led me to a different place, and I wouldn’t be happy doing anything but music. Obviously everyone has things in their past that they don’t enjoy looking back on [Laughs], but no, you can’t change it.

What does your new album say about where you’re at in life?

I’ll let the record speak for itself. I don’t want to get too in-depth with my personal opinions of it and where the songs came from because I think it messes with the listener to know the inside mindset of the writer. For example, I watched a Pink Floyd documentary the other day, and I learned that “Shine on You Crazy Diamond” was about [frontman] Syd Barrett. I didn’t want to know that! ‘Cause now I hear that song — a song I’ve loved my entire life — and I just think of Syd Barrett when to me it meant something else.

Who are your musical influences? Who did you listen to growing up?

The Beatles are, first and foremost, my favorite band of all time. I’ll start with the Beatles, and I’ll bookend it with Soundgarden. I love all the ’90s kind of grunge, and I love classic rock: That’s where the spectrum lies.

You’ve opened for Marilyn Manson and shared the stage with Joan Jett. What has been the biggest pinch-me moment?

We got to open for Soundgarden, which was pretty cool.

They say you shouldn’t meet your idols — how did that go for you?

I avoided them like the plague! ‘Cause I agree with that. I mean, I said hello and stuff, but I want to keep them in the light I want to see them in.

You’ve been making music and touring for years now. What do you do in your down time?

I’m kind of a homebody; I’m not someone who likes to go out very much. Touring definitely makes you appreciate home more, so when I can be home, I like to stay home. When I have time, I write other things. I’m working on a book, I paint, I sculpt, I play with my dog, I watch television — I catch up on South Park or movies or whatever I’ve missed, normal stuff. And I have a place in New England. It’s in the middle of nowhere, like horror movie style — Stephen King-ville. It’s a good kind of retreat for me to regroup my thoughts and work. I split time: 50 percent there, 50 percent in New York 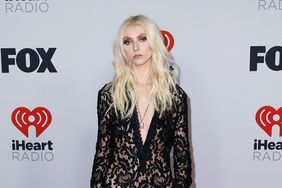 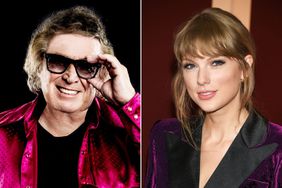 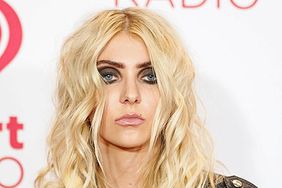 Taylor Momsen on Touring the World, Why Her Dad's Her 'Biggest Fan' – and Whom She's in Touch with from 'Gossip Girl' 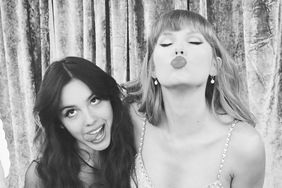 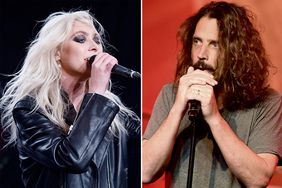 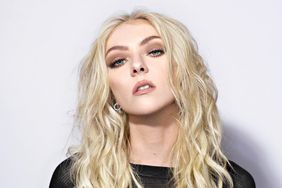 Taylor Momsen Opens Up About Surviving a Period of 'Depression and Substance Abuse': Music 'Saved' Me

Taylor Momsen Reflects on Being Labeled a Wild Child: 'I Was Going Through My Rebellious Teenage Years' 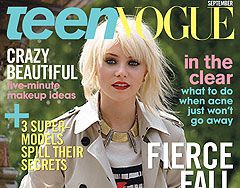 Taylor Momsen: 'I Would Eat a Boy My Age Alive'