T-Pain tells PEOPLE that he and his wife, Amber Najm, have made their long-lasting marriage work by "listening to each other"

T-Pain is clarifying the longtime rumors that he and his wife, Amber Najm, are in an open relationship.

“It’s definitely not that, not at all, not even close,” he tells PEOPLE. “I wouldn’t even want to do that with a girlfriend, nonetheless my wife.”

The musician, 33, and Najm, 37, are celebrating 16 years of marriage this year, and he says the key to their longevity has been “listening to each other.”

“See things from all sides of the situation, and just try to understand each other rather than try to be the one that’s right,” he explains.

While T-Pain is coming off a busy few months — he released his sixth studio album 1UP on Feb. 27 from Cinematic Music Group, won the Fox series The Masked Singer the next day and hosted the iHeart Radio Music Awards earlier this month — the single proudest moment of his career is the first time he was able to provide for his family, including the three kids he shares with Najm: daughter Lyriq, 15, and sons Muziq, 12, and Kaydnz, 9.

“Being able to afford diapers and food — that was a great moment,” he says. “I think that’s always going to be my proudest moment — figuring out how to provide for my family. Awards are always great, but in the long run it doesn’t really say who you are. I’m more concerned about my family, my kids and my wife and making sure I can provide.”

Currently on the road, T-Pain says “there’s nothing more grounding than being with family to bring you back from all the highs and the thousands of people every night.”

Since the rapper became widely known in the early aughts, when he topped the Billboard Hot 100 list with songs like “Buy U A Drank” and “Bartender,” many fans have associated his music with Auto-Tune.

Though he sings at his concerts without Auto-Tune and showed off his soulful voice when he performed for NPR’s Tiny Desk Concerts series in 2014, fans were still surprised by how well he could sing when he was revealed to be the monster on The Masked Singer.

While The Masked Singer has certainly brought in a new generation of fans for T-Pain, he says he “wasn’t worried” about losing any when he recounted his awkward first encounter with Taylor Swift while hosting the iHeart Radio Music Awards.

“Taylor, I never apologized to you,” he said at the time. “The first time we met — you’re so much taller than me, that I thought you were standing on something.”

“Without looking down, I tried to stand on whatever I thought you were standin’ on and — bam! Headbutted you right in the boob,” he joked. “I’m so sorry. That was not my intention.”

While Swift appeared to take the reminiscence with good humor, some of her fans were less forgiving.

“I wasn’t worried about losing fans that I didn’t have already,” T-Pain says. “It was the truth. It was awkward when it happened. That was not a concern of mine, how people feel about something that actually happened. It wasn’t a criminal thing, and I never apologized for it and I wanted to apologize to her. So I’m definitely not going to apologize for apologizing.”

“She made an awkward face and now everybody wants to be attorney general,” he adds. “It’s too much. People were telling her she needs to sue me and all this and I was like, ‘Sue me for an apology?'”

T-Pain is on tour through June. 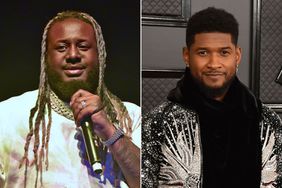 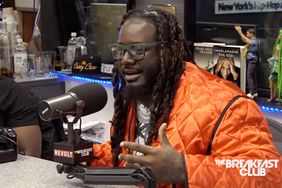 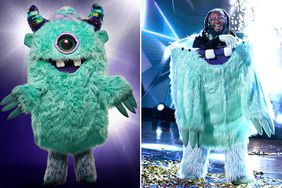 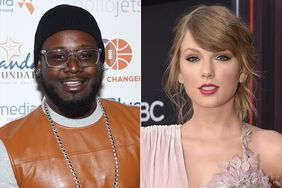 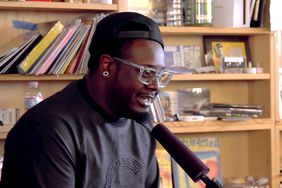 T-Pain Sang Without Auto-Tune Long Before 'The Masked Singer' : Watch His Stripped-Down Performance 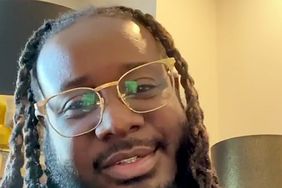 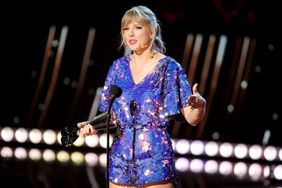