"I felt like I had to make myself perfect to really deserve all of this wonderful success," Melanie C says in this week's issue of PEOPLE

At the height of Spice Girls mania in the '90s, Melanie C — aka Sporty Spice — was publicly living out her wildest dreams: touring the world, making music and meeting leaders like late South African president Nelson Mandela. Privately, though, she was struggling.

The singer, now 46, opens up in this week's issue of PEOPLE, on newsstands Friday, about battling anorexia and depression after being thrust into the spotlight with the girl band's smash single "Wannabe" in 1996, when she was just 22.

"There's nothing that can prepare you for fame," Melanie says. "Although you're achieving your dreams, it's hard. With all the incredible experiences you have, there's a lot of weird stuff to deal with. You're being written about. Everybody has an opinion on you. You're away from home a lot, and you're working very long hours — it's exhausting."

Raised in the small industrial English town of Widnes by mom Joan, a singer, and dad Alan, a travel agent, Melanie grew up singing and always knew she'd be a performer. But she wasn't prepared for the life under the microscope that'd come with it.

"I was photographed and commented on constantly," she says. "It was hard have our appearances, our personalities, our abilities, our talents — or 'lack' of them — commented on. I’d always been pretty confident, but it was a knock to my self-esteem."

RELATED: Mel C Says the Spice Girls Want to Bring Reunion Tour Around the World: 'We Don't Want It To End'

To cope, Melanie drastically cut back on food and started exercising obsessively.

″So much of my life was out of control,″ she says. ″So I controlled my eating, my exercise — everything I possibly could. I was underweight for a couple of years, and it was very damaging for my mental health.″

Though she knew her body was ″starving,″ she was fueled by adrenaline.

″I felt like I had to make myself perfect to really deserve all of this wonderful success,″ she says. ″We were all so ambitious, it was nuts."

Determined to be seen as something other than Sporty after three years with the band, Melanie embarked on a solo career in 1999, a year prior to the Spice Girls going on hiatus, with the release of her debut album Northern Star. Meanwhile, her eating disorder evolved from anorexia to binge eating food for ″comfort,″ she says.

In the early 2000s, things got so bad that she struggled to get out of bed while on a trip to Los Angeles with her family.

″I was so teary, and I just felt hopeless,″ she says. ″I wasn't excited about anything. I couldn't look forward to anything.″

Realizing she could no longer do it on her own, Melanie decided to seek help. While at an appointment with her doctor in the U.K., he told her, ″We have to address your depression.″

″I didn’t realize I had depression and never imagined that I would have depression,″ she says. ″It was such a relief knowing it had a name; I can be helped and I can get better."

From that point on, Melanie began to manage her mental health with talk therapy and medication.

″I don’t really like to take pharmaceuticals, and I would go, 'Oh my God, I’m taking antidepressants,'″ she says. ″But there have been low times when they’ve really helped me.″

Over time, her issues with disordered eating began to ease too. Welcoming her daughter Scarlet with ex-boyfriend Thomas Starr in 2009 gave her a new appreciation for her body.

″I was nervous becoming a mum, because I was more susceptible to postpartum depression,″ she says. ″But I was so lucky; having my little girl was nothing but positive for me. I started treating myself better, and my internal dialogue even improved. I was so impressed that my body had produced this perfect human that I was like, 'Damn girl, you're amazing!' For the first time in my life, I was really giving myself credit."

To this day, Scarlet, now 11, continues to keep her healthy.

″Becoming a mum makes you realize how important you are,″ Melanie says. ″I have somebody that I want to be here to take care of and protect. I want to be my absolute best for her. She's the thing that made me really appreciate my body and my mind.″

Happy in her long-term relationship with boyfriend Joe Marshall, Melanie is now ready to launch a new era with the release of her self-titled eighth solo studio album on Friday. On the pop- and disco-infused songs she addresses the phases of her life, both good and bad.

″I made peace with all these moments in my life,″ she says. ″It's been really important moving on to this new chapter, which this album feels very much like.″

By speaking out about her struggles, Melanie — who continues to go to therapy to maintain her mental health and limits things that can trigger her depression, like stress, lack of sleep and alcohol — hopes that she can help others.

″Everyone deserves to be happy,″ she says. ″People ask me what I would say to my younger self, and I would say to her, 'There is a better life that you deserve, and you should be living it.' That's true of anyone and everyone. So many people suffer, but there is help, and you deserve it. You deserve an amazing life. Don't lose hope.″

If you or someone you know needs help with mental health, text ″STRENGTH" to the Crisis Text Line at 741-741 to be connected to a certified crisis counselor. For support for eating disorders, contact the National Eating Disorders Association (NEDA) at 1-800-931-2237 or NationalEatingDisorders .org.

For all the details on Melanie C's life now, pick up the latest issue of PEOPLE, on newsstands Friday. 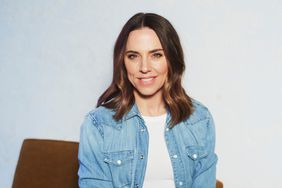 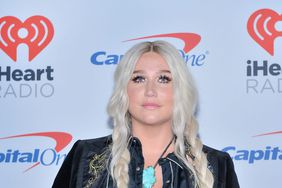 Kesha Opens Up About Hiding Food at the Height of Her Eating Disorder: I Was 'Slowly Starving Myself' 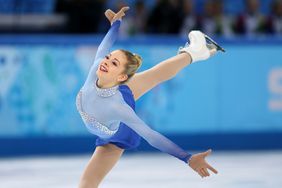 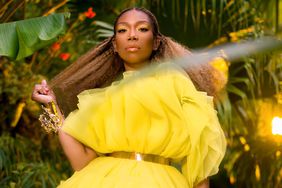 Brandy on Her Struggle with Child Stardom: 'I Felt Like My Mistakes Would Let Down Everyone'