Jazz Legend Sonny Rollins Can No Longer Play His Horn, But He's Still Searching for His Sound

At 87, legendary tenor saxophonist Sonny Rollins can no longer play his horn, but he's still searching for his sound

Few, if any, genres of music have gone through a lifecycle as dynamic as jazz. It started in the most earthy way possible — underscoring turn of the century parades, brothels and barrooms (even its original spelling, “jass,” has a whiff of the unsavory). By the post-war era it had cracked the popular mainstream as swing, while simultaneously engaging intellectuals with the highbrow offshoot of bebop. Come the ’60s, jazz was trying to pull away from Earth entirely with the spiritual outbursts of the free movement, before crash landing the following decade in stadiums and the occasional pop chart with fusion. In 1987, this most visceral sound had become such a crucial part of American artistic expression that Congress designated it a national treasure.

Sonny Rollins has, more or less, had the same arc.

It’s impossible to overstate tenor sax man’s influence on the genre, but here are a few of the bullet points:

While he initially worked in established milieus, Rollins continuously toyed with the lineups of his groups, made inroads with other styles of music, and fell in and out of vogue with the jazz cognoscenti. Little has stayed the same in his creative life, but one thing he’s never stopped doing is playing. Relentlessly self-critical and exploratory in his music, from 1971 until 2012 he was a constant presence on the world concert stage. When doctors barred him from live performance due to a pulmonary fibrosis diagnosis in 2013, Rollins turned his attention to sharing his substantial archives in the form of an exhibit at the New York Public Library and a reissue of his classic 1957 album, Way Out West. He can currently be found reading the works of major theologians and doing a lot of thinking.

PEOPLE caught up with the 87-year-old icon in February. What follows are edited excerpts from the conversation.

How is the archiving project?

Well, you know, they’re getting it together at the New York Public Library. It’s gonna take a while, because there was a lot of stuff I didn’t know I had. Now I can get two cars in my garage. [laughs]

What sort of materials are going into the project?

Some horns; I donated one already to Oberlin. A lot of memorabilia, a lot of posters from concerts all over the world, a lot of articles, a lot of tapes of music I recorded with different bands over the years. A whole gang of stuff.

Were you big into recording yourself? Did you tape your live shows?

No, I did not. A lot of this was just stuff that accumulated over the years, but I didn’t save a lot of stuff.

Do you have any specific memories of the record that’s being reissued, Way Out West?

It was a wonderful time for me. It was maybe the first time I went out to the West Coast. You know, I’m a New York guy. I had great musicians, it was a joy for me. I had no idea whether the record was going to be a success, but here it is 60 years later, so I’m very … well, I wouldn’t say I’m surprised, but you never know what to expect in life, in music. I’m so fortunate and I’m so grateful that my life was such that I could appreciate something I did 60 years ago.

Broadly speaking, was there a big difference between the way the East and West Coast jazz scenes were doing things at the time?

Yeah, there was a difference, and not just in name only. I think in New York, that’s where the phrase “hard bop” comes from. The guys were playing in a more sinewy, blood and guts way. The guys in California were more smooth, relaxed. Not as hot, if I could put it that way.

Must be the weather.

[laughs] Maybe. When I went out there, I thought, “This is paradise!” You know, I was born in New York, I grew up with pavement and hard streets. I didn’t know there would be such a place as California.

You were probably one of the only jazz musicians to have a Mohawk for a while. I really want to know the story behind that.

Well, that was before the punk guys. I was playing down in the Five Spot — the new one, there was two of them. Anyway, there was a Native American guy in the crowd with some of the fans and on one of the breaks, we’d be outside, and he was talking with me, and so I got the idea, “Well, let’s give a little salute to the Native Americans, why not?” So it was wanting to pay some sort of homage to the First Americans here. I really hadn’t seen it in anything else but in movies, and I thought it would look cool. I’ve always been the guy who didn’t mind breaking the mold.

Charles Mingus supposedly said that his gift for composition came from God, but that his talent on his instrument came from work. You’ve spoken about music as a kind of quest for you, so I’m interested to see what you make of that quote.

A lot of the people I grew up with in my early teens, we all wanted to be jazz musicians — but we didn’t have the talent. It was a gift. Music is a gift. Anybody can learn music, but it’s only a few people who have a gift that are really talented enough — especially these days — to make it in this highly competitive world. So it’s definitely a gift. However, you have to apply yourself, you have to work at it. I had a gift, but I didn’t explore it enough, I feel, and that’s why I was always the guy who practiced incessantly. I was always trying to catch up and learn things.

Is that a rare mindset? Do you feel like you were isolated from other musicians in that? The phrase “cross to bear” came up in an interview last year.

Well, I don’t want to put it quite that negatively. It was a cross to bear, but I was happily thrust upon that cross. And it’s true, I could never achieve what I wanted to, especially since I had to stop playing some years ago. I felt that I was gaining on the knowledge that I wanted to get; I felt that I was getting there. But in truth, I’m sure that if I got to that place, I would still see another mountain to climb. I feel that there’s always more to do. There’s some musicians that feel that way, and there’s some that don’t — and that’s not a criticism. There’s some guys that play and they have a natural gift and they don’t have to play anymore once they’ve reached a point of acceptance from themselves or the public. Then they go out and play golf, which is okay. But I never had the luxury of feeling like that, if you could call it a luxury.

Yeah, I don’t see you playing a lot of golf.

I know you studied a lot of Eastern religions — how did those teachings fit into your quest as a musician?

It’s all a never-ending quest for knowledge. I’m still learning, every day. I’m still reading stuff every day. One thing that I found out in my life is that there’s only one truth, and that truth goes through every religion, every group of people, every color, every race: The Golden Rule. Do unto others as you would have them do unto you. That’s it. And no matter where you’re raised or where you’re from, if you can do that, you got it. And I’m going to paraphrase another quote I heard the other day: Do not do unto others what you would not want done unto you. This is the universal truth. You can’t deny that. And you know, I’ve heard people say it should be, “Do unto others before they can do unto you,” guys saying, “I’ve got to make sure I get mine.” If somebody feels like they’ve got to live that way, fine. I’m not going to criticize anybody. I’m just glad that I am where I am. This is what gives me a sense of a real peace.

Do you think you’ve built up a good amount of karma in your life?

I’m not sure. I’ve had a rough life and I’m still … who knows? I would say that I accept reincarnation — that’s a better way of putting it. I’ve got this life and then I’ve got who knows how many other lives I’ve got to account for. So maybe in this life — I doubt it — but maybe I’ve accumulated good karma. But how about all the other lives? I’m constantly unraveling my bad karma. And it’s okay, because I feel now that I’m on the right track. I feel very secure in my life. I’m sure it’s taken many, many lives for me to get here, but I still have work to do. If my karma were all shaken out, I wouldn’t have to be here on Earth right now. I’d be somewhere else, wherever that is. I’m trying to be better. We got a short life, and what are we here for? To eat ice cream and have fun with girls? No, I think we’re here to try and improve ourselves, become better people, nicer people, and that’s what I’m doing. 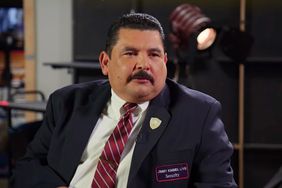 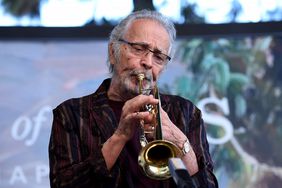 Perseverance and Other Delights: Herb Alpert Is Still Going at 82