Is there anything more nostalgia-inducing than these diamond-encrusted pleather 'fits? At age 14, Solange Knowles kept the crowd "Jumpin' Jumpin'" alongside big sister Beyoncé and Michelle Williams in a 2000 Destiny's Child performance in London, filling in for an injured Kelly Rowland.

From Solange's cropped jacket and cuffed jeans to Bey's distressed duds, the early 2000's denim vibes in this photo are impeccable. And let's not gloss over the Houston, Texas-born singers representing their hometown through their outfits at this 2001 appearance on BET's 106 & Park.

This shot of the sisters from a 2001 photoshoot in Atlanta is a true relic of the early aughts.

The sisters really outdid themselves with these eye-popping looks on the 2001 Teen Choice Awards red carpet.

The pair hit the 2001 MTV Video Music Awards together just a few months later, alongside the rest of Destiny's Child.

Surprise! Solange helped ring in the "Crazy in Love" singer's 22nd birthday with an Egyptian-themed surprise party back in 2003.

Bey showed her support at Solange's performance to celebrate her debut album, Solo Star, in 2002.

It's hard to upstage these superstar siblings, but Solange's adorable son Julez, whom she welcomed in 2004 with then-husband Daniel Smith, did just that at the 2007 Grammy Awards.

The "Cranes in the Sky" singer rang in her 21st birthday in New Orleans with cake and champagne alongside her big sis in 2007.

Before there was Ivy Park, there was House of Deréon - Beyoncé's short-lived clothing line created in partnership with her mom, Tina Knowles. Here, Tina and her daughters appraise the Deréon junior apparel collection at the line's 2007 Canadian launch in Toronto.

Forget the paparazzi - the sisters ogled pics they took themselves on a digital camera (how vintage!) at the 2007 MTV Video Music Awards, where Bey was up for seven awards.

Just a few months before Beyoncé and JAY-Z secretly tied the knot, the singer and her sister attended the opening of his 40/40 Club at The Palazzo Resort-Hotel-Casino in Las Vegas in 2007, where they rocked coordinated flouncy dresses.

The pair hit the 2008 Grammy Awards red carpet in style.

The pair posed for photos at Solange's 22nd birthday party.

While in Tokyo promoting Bey's album I Am...Sasha Fierce, the sisters attended the EiGHT MiLLiON Ginza Gates Store Opening in 2008.

Solange showed off a sleek hairstyle during a 2009 return trip to Japan, where the sisters promoted the Samantha Thavasa & Disney Collection at Tokyo Disneyland Hotel.

Alright, someone better tell us what's so funny so we can get in on whatever the duo were laughing about at the 2010 Grammys after party.

Turning Up the Heat

I don't think you're red-y for this - the sisters twinned in red-hot looks at the after party for Beyoncé's first fragrance launch, Beyoncé Heat, in N.Y.C. in 2010.

We're guessing it was hard to focus on the fashion with this spotlight-stealing duo sitting front and center at the Rodarte Spring 2012 show.

Solange and Bey both performed at Philadelphia's 2013 Budweiser Made In America Festival, curated by none other than JAY-Z.

Warning: Looking at these photos may cause immense joy and immediate desire to dance. Watching the sisters perform together has always been a treat (peep the Proud Family theme song video for proof!) - and their 2014 Coachella performance was no different.

Another joy-sparking shot! The sisters twinned in glam all-white ensembles at the 2015 Vanity Fair Oscar Party in Beverly Hills.

The sisters posed for a photo with longtime pal and former Destiny's Child member Kelly Rowland, as well as music legend Missy Elliott, during the 2015 Essence Festival in New Orleans.

From the glitzy costumes to the incredible choreography, Solange's cameo in Bey's history-making 2018 Coachella headline performance is required viewing for, well, everyone. 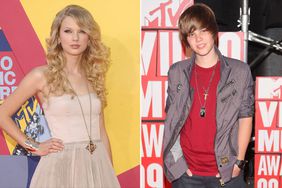