The musician, born Gregory Jacobs, was found dead in a Florida hotel on April 22

Digital Underground founding member Shock G's cause of death has been revealed.

According to the initial case summary released by the Hillsborough County Medical Examiner's office and obtained by PEOPLE, Shock G died from an accidental overdose of fentanyl, ethanol and methamphetamine.

The rapper and producer, born Gregory Jacobs, was found dead in a hotel room on April 22 at the age of 57.

"Our son, brother and friend, Gregory Jacobs, also known as Shock G, suddenly passed away today. The cause of death is currently unknown," his family said in a prior statement provided to PEOPLE at the time. We truly, truly appreciate all the out-pouring of love and concern. Please keep us in your prayers at this very difficult time."

Jacobs started Digital Underground with Chopmaster J and the late Kenny-K in the 1987 after relocating from the East Coast to Oakland, California.

The album's second single, "The Humpty Dance," found huge commercial success, reaching No. 11 on the Billboard Hot 100 chart. The song's music video also featured a young Tupac Shakur, who would go on to make his recording debut on Digital Underground's 1991 single "Same Song."

In addition to his work as a rapper, Jacobs was also a gifted music producer. He was most known for his work on Shakur's breakthrough single "I Get Around," on which he also appears as a featured artist.

In his career, Jacobs also produced Shakur's 1995 single "So Many Tears" off the music legend's third studio album, Me Against the World. As a producer, he had also worked with Bobby Brown, Dr. Dre and Prince.

Jacobs was laid to rest on May 1 in Tampa, Florida.

Friends and family of the rapper gathered together to say their final goodbyes at an intimate funeral held at the Allen Temple A.M.E. Church. The service was streamed live on the church's website.

"His legacy was how he loved people unconditionally," Reverend Doctor Alesia Ford-Burse said of the musician at the service. "He loved to a default." 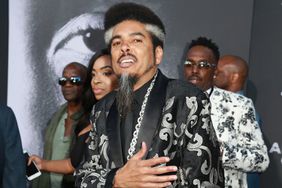 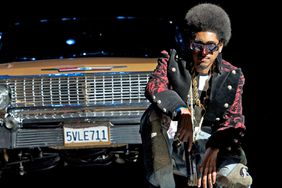