Shawn Mendes is wearing his heart on his sleeve.

The singer, 23, released the emotional breakup ballad "It'll Be Okay" on Wednesday, exactly two weeks after he and girlfriend Camila Cabello called it quits after more than two years of dating.

In the soft, piano-backed melancholic track, Mendes details the end of a turbulent relationship as he sings, "the future we dreamed of is fading to black." In the chorus, however, he transitions into a hopeful attitude of healing and acceptance as he repeatedly sings, "it'll be okay."

For more on Shawn Mendes' new song "It'll Be Okay" and other top stories, listen below to our daily podcast on PEOPLE Every Day.

Mendes first announced the song's release on Tuesday, teasing lyrics that said, "Are we gonna make it? / Is this gonna hurt?"

On the morning of the song's release day, the "Wonder" singer shared a photo of a sun illuminating a beach with an orange glow to social media.

"It feels like I havnt [sic] truly connected with you guys in a while," he wrote. "I miss you I hope you love this song."

"It'll Be Okay" comes two weeks to the day that Mendes and Cabello, 24, announced their breakup with a joint statement shared to social media.

The two shared a joint statement to their respective Instagram Stories on Nov. 17, writing: "Hey guys, we've decided to end our romantic relationship but our love for one another as humans is stronger than ever ❤️. We started our relationship as best friends and will continue to be best friends."

The "Señorita" singers were friends for several years before they started dating in July 2019.

Mendes said his most recent single, "Summer of Love," was inspired by the idyllic first few months of lockdown, in which the couple quarantined together in Miami.

Still, a source previously told PEOPLE that once their schedules picked up again, things just weren't the same.

"They had this intense relationship last year and spent months together during the lockdown in Miami. They both seemed very happy and looked like they enjoyed having a break from working," the source said. "Things are different now, though. It's more back to normal life. They have careers that are taking them in different directions. They went from spending every day together to now not really spending any time together." 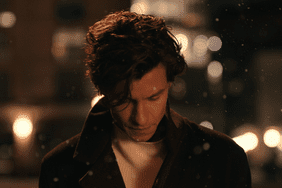 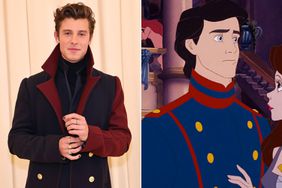