After being friends for years, Shawn Mendes and Camila Cabello officially started their romance in July 2019

Shawn Mendes and Camila Cabello are ending their "romantic relationship."

Mendes, 23, and Cabello, 24, announced their split on Instagram Wednesday night with a joint statement.

"Hey guys, we've decided to end our romantic relationship but our love for one another as humans is stronger than ever ❤️" the statement, which they both shared on their Instagram Story, said. "We started our relationship as best friends and will continue to be best friends."

The pair were friends for several years before they started dating in July 2019.

For more on Shawn Mendes and Camila Cabello's split and other top stories, listen below to our daily podcast on PEOPLE Every Day.

They were photographed sharing several PDA moments throughout that summer, and made their first major public appearance as a couple that August at the MTV Video Music Awards, where they performed their duet "Señorita."

That November, they performed the Grammy-nominated hit again at the American Music Awards.

The duo quarantined together in Miami during the COVID-19 pandemic, which Mendes said back in August was a time that brought them closer together.

He said his single "Summer of Love" was inspired by the first several months of lockdown.

"Just kind of writing about that," he said. "Had a lot of nostalgia at that time, and I think without that time we found it a lot harder to connect. It really brought us together."

Cabello has similarly spoken about the forced pause brought on by the COVID-19 pandemic — and how Mendes has helped her through anxiety.

During an August appearance on The Tonight Show Starring Jimmy Fallon, Cabello said that she and Mendes were "not engaged" after rumors had spread of an engagement online following her wearing a ring on her left ring finger.

In late 2020, they adopted a dog named Tarzan, whom Mendes took home to Canada when they returned to his hometown in Ontario for the holidays with Cabello that year. 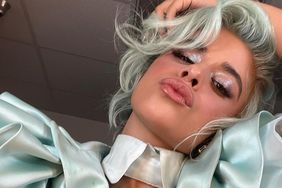 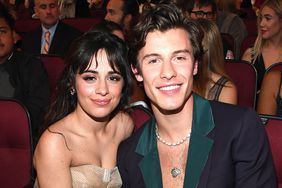