Do Shawn Mendes and Camila Cabello have another collaboration in the works?

Not quite — but on Monday, the “Mercy” singer posted a throwback video of himself singing Ed Sheeran‘s 2011 track “Kiss Me” with the Fifth Harmony alum.

“Found this gem deep in the iPhone videos,” Mendes — who has cited Sheeran as an inspiration — captioned the clip. “lol i love the ‘killed that’ face we both make at the end.”

There has long been speculation over whether Mendes, 18, and Cabello, 20, were ever romantically linked. But last summer, Mendes denied the rumors, telling PEOPLE he and his “I Know What You Did Last Summer” duet partner have never dated.

“We’re just really close friends,” Mendes — who is currently on his Illuminate World Tour — said of his bond with Cabello at the time. “She is one of those people who is just very easy to connect with and still, to this day, is one of my greatest friends. You find that instant connection with people, and she’s one of them. She’s a f—ing great writer. Even if we just wrote for other people, I would be happy to do that because she’s such a thrill to write with and work with.”

“I get why people are interested in my love life, but I don’t want to give people that piece of me because it is the most important part,” she said in her Latina magazine cover story. 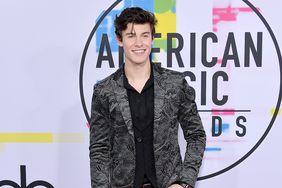