"I'm not going to let other opinions conduct what I feel personally," said the singer

Selena Gomez is finding the upside of lockdown.

In a new episode of the Variety and iHeart podcast The Big Ticket, the "Lose You to Love Me" singer, 28, reflected on her time so far in isolation due to the novel coronavirus (COVID-19) pandemic, explaining that she found the time to be introspective.

"It's definitely the most time I've spent on my own probably since I was 16," said Gomez. "At first it was super uncomfortable, more so because of the anxiety I was carrying because of everything that is happening."

The pop star — who debuted her latest album, Rare, in January and recently launched a brand-new beauty brand under the same name — said she took the time to educate herself further on many social and political issues, as well.

"I also feel like I got the opportunity to learn a lot about my country in ways that I never have before," she said. "I feel like I've gained a sense of knowledge and a sense of feeling good about saying what I’m saying, and I feel good about what I'm standing by, and I'm not going to let other opinions conduct what I feel personally."

Gomez recalled how at the start of the pandemic and the resurgence of the Black Lives Matter movement, she felt as if "there wasn't much I can say." But she said handing over her major social media platforms to activists was the right option for her to be involved.

"When all of that started happening, I felt like there wasn't much I can say," she said. "I'm obviously half Mexican, and I'm from Texas, and that’s a whole other community that gets attacked, but I felt it was necessary to give my platform to someone who does have that experience."

Selena Gomez Is Having 'So Much Fun' with Makeup in Quarantine: 'Sometimes I Just Wanna Feel Myself'

"It was almost disingenuous if I post something and give the credit to so-and-so. I want people to hear it from them and from multiple categories of the industry and of the government," added Gomez. "Honestly, it was a no-brainer for me."

And regardless of how hopeless the world can seem at times, Gomez said she'll "never let go of" her optimism.

"My friend sent me a news story that said statistically, my generation and maybe younger has shown less interest in voting than ever," she explained. "It didn't make sense because if anything, why wouldn't we be more motivated to do that?"

RELATED VIDEO: Selena Gomez Says She Was a Victim to Emotional 'Abuse' During Justin Bieber Relationship

Selena Gomez Felt 'Pressure' to Be Sexual Early in Career: 'I Did Things That Weren't Really Me'

Gomez was also busy with work during quarantine. Not only with new music, but a cooking show for HBO Max and preparation for several upcoming acting projects. She said currently, she's producing 16 projects at once.

"It was really interesting in the beginning. I think I learned a lot from 13 Reasons Why," she said of serving as executive producer on the Netflix teen drama. "Then moving on more and more, I started to feel a lot more comfortable. Being on the other side has been really fun because I get to help be a part of the storytelling and get to help with shaping who these people are."

"It's also something I’ve been doing during quarantine. At the moment I'm producing 16 projects," she said. "I'm just so happy because it's all in different areas and it's material I believe in." 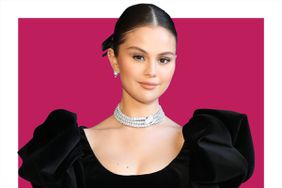 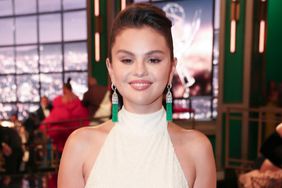 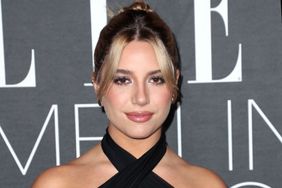 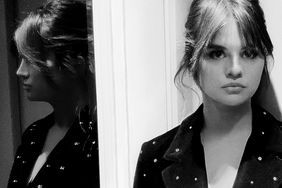 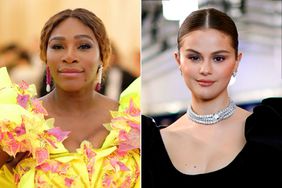