Days before dropping her highly anticipated album Rare, Selena Gomez opens up about finding clarity in her mental health journey

Selena Gomez is continuing to get candid about her mental health journey.

In a new cover story with WSJ. Magazine for their annual Talents & Legends issue (out Jan. 18), the 27-year-old singer opens up about finding a breakthrough after years of ups and downs.

“I had low self-esteem, and that’s something I work on continuously. But I feel so empowered because I’ve gained so much knowledge about what was going on mentally,” says Gomez, whose highly anticipated new album, Rare, drops Friday. “My highs were really high, and my lows would take me out for weeks at a time.”

But after working with therapists for six years and seeking professional help at treatment facilities, the Undocumented Living executive producer says she’s found clarity about her emotional health.

“I found out I do suffer from mental health issues. And, honestly, that was such a relief,” she says. “I realized that there was a way to get help and to find people that you trust. I got on the right medication, and my life has been completely changed.”

With a new lease on life, Gomez — whose last album was 2015’s Revival — says her new music reflects a return to her younger self.

“I remember Taylor [Swift] said when I played her some of the new songs, ‘I feel like I’m seeing who you were before this,'” says Gomez. “That makes me happy. I like feeling like that girl again.”

Fans first go to know “that girl” when she was just a teen on Disney’s Wizards of Waverly Place, and the entertainer says she would love to make a return to the small (or big!) screen.

“I want to do movies so bad. I want to do TV so bad,” she says. “I find that I look too young most of the time, or people can’t separate the two [the real Selena from a character], which bums me out.”

Still, that isn’t stopping Gomez from pushing her boundaries. Says the star: “I continue to audition, and I just have to wait for whenever my time is.”

And while many have confined the “Lose You to Love Me” singer to her headline-making relationship with ex-boyfriend Justin Bieber, it’s clear Gomez is ready to move on — with or without a boyfriend.

“I need time by myself. I love going to my room at the end of the day. Just me and my dog,” she says. “I got the full granny panties situation, stretched out in my bed. I’ve been single for over two years now. I’m okay with that.” 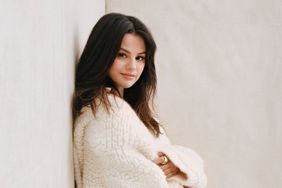 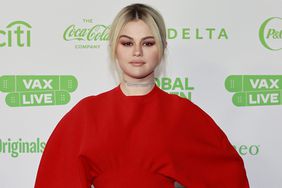 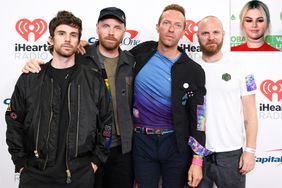